PartyPoker Partners With The Thirst Lounge 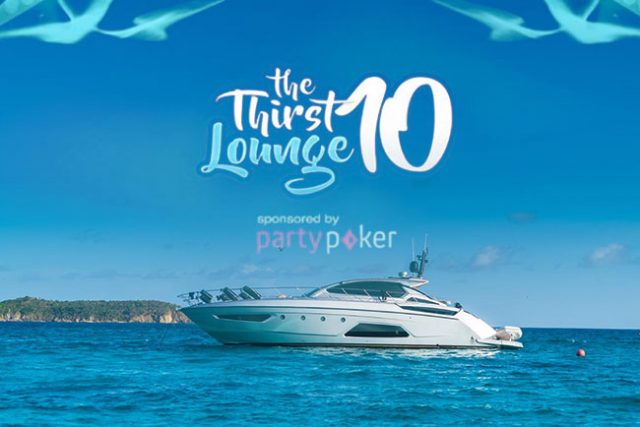 Bill Perkins is a true visionary. In 2016, the hedge fund manager turned film director, who also happens to be a keen Poker player, decided that it was time to join in on the Twitch revolution and explore the world of Internet streaming. Then, a year later, Perkins managed to convince Matt and Jaime Staples, as well as Jeff Gross, to join in on the adventure. And so started what was to become the Streamboat adventure; a Poker-playing fest that played out on Perkins’ luxury yacht. A massive success, Streamboat 2 was soon in the pipeline.

By this time (2017), Gross had just signed with PokerStars ahead of the World Series of Poker, and subsequently, an agreement was reached with the operator that it would sponsor the second installment of the adventure. However, a hurricane had some plans of its own, and the adventure was sunk before it had even had the opportunity to set sails.

But Perkins, true to his nature, bounced back from the disappointment, stronger than before, and soon launched the Thirst Lounge. The help of Staples and Gross was called in to find the perfect house with the perfect lounge, but the pair soon discovered that they should have stuck with what they knew: Poker, not real estate.

Their attempts steered right into the waters of dismal failure, and Perkins found his own project perched high and dry on the sands of disappointment. He then decided that it was time to take matters into his own hands and appointed a ten-man band of streamers, one of which is interestingly enough, a cliff hanger. 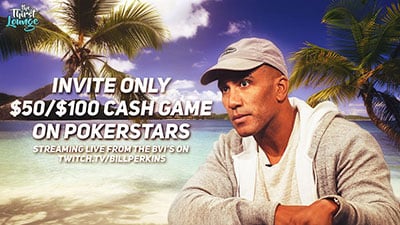 The Thirst Lounge propagates itself as being a place where people can come to dream of things that are bigger and better than anything they had dared to dream up before. Whatever your particular dream or mission, there’s an available seat with your name on it waiting in the lounge.

The most recent development is that partypoker has decided to join in on the sponsorship fun, obviously in an attempt to increase its online presence in the lucrative world of Internet streaming. Perkins announced that despite previous ups and downs, he believed in the sustainability of The Thirst Lounge, and that more exciting announcements would follow over the course of the next couple of months.

Official streaming of The Thirst Lounge commenced on Valentine’s Day.

Indulge in the ultimate online Poker experience. Play and WIN!