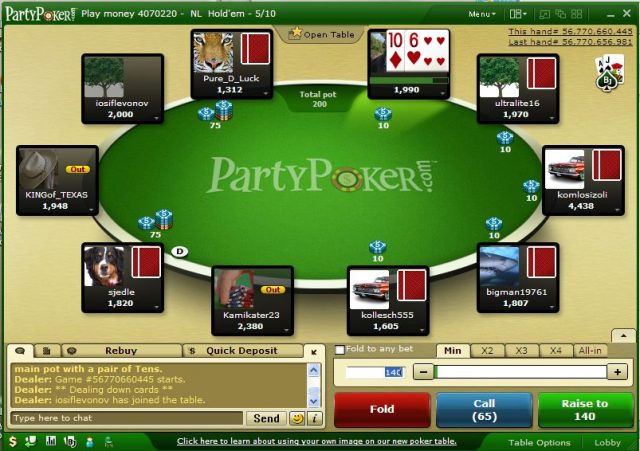 History was made last week as online Poker once again managed to re-invent itself. The biggest online Poker tournament in history ran on partypoker, proving that the game of Poker has evolved into something that is bigger and better than ever before. The $5,300 partypoker MILLIONS Online ended up running no fewer than five Day 1 starting flights, that ultimately culminated in a record 4,367 starting entries being drawn.

Obviously, anyone able to do the most basic of math will tell you that more entries mean a bigger prize-pool. As it turns out, partypoker’s guaranteed $20,000,000 in prize money, including a guaranteed $1,000,000 for each of the top three players, was soon made to look like a conservative outlook as in the end, an almost unimaginable $21,835,000 ended up in the bigger-than-ever-before prize kitty.

Canada Makes It Into Top 6

By the time the second day of the online tournament rolled around, players were still battling it out for one of the 500 available playing spots. The minimum cash win was set at a whopping $11,000, which was worth twice the original buy-in! Talk about making it worth everyone’s while! And yet, the players had one solid goal in mind: hitting the Top 20, which guaranteed a $100,000 cash windfall. Incidentally, several Canadian players made the cut.

Marlin5555 was the first Maple-bearing player to have made it all the way to a $100,000 win, followed by Sharknebuleux, who had managed to make it into the 15th position. Christopher “Ad_Finem” Kruk missed the final table by mere inches, and finished up in the 11th spot. COL_Moutarde claimed Canada’s top result, by securing a 6th place finish and a grand prize tally of $655,050.

READ MORE: PokerStars and Player Agrees to Drop All Charges

Ultimately, the fight for top honours and top money was battled out by Malta-based Pim “ForMatherRussia” de Goede, and Manuel “Sheparentao” Ruivo from the Netherlands. The two online Poker stars went head to head and the chips ultimately fell in Manuel Ruivo’s favour when he walked away the tournament victor. Besides for having secured the coveted partypoker MILLIONS Online title, Ruivo also won a massive $2,329,943 in prize money.

De Goede, finishing up in the runner-up position, certainly had nothing much to complain about in the winnings department, thanks again to overall size of the massive prize-pool. The Maltese player walked away with $2,309, 994 in his bulging pockets.

Could YOU win big playing Poker? Sign up online and find out!