Is Online Poker Getting More Competitive? 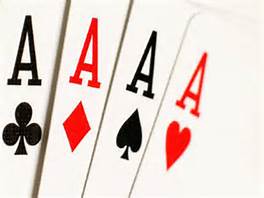 When online poker first started to draw large numbers of players not so long ago, it was flooded with players at all different levels, giving those with real poker chops a chance to clean up against weaker competition. But has the lower end of the spectrum started to disappear, making it harder for the top players to dominate the way they once could?

That question was posed recently by James Guill at PokerUpdate.com in a piece titled, Have the Fish Dried Up in Online Poker? – referring to “the abundance of fishy players at the tables.” In other words, are “fish” – players with limited skill that serve as prime targets for experienced poker players – less likely to show up at the tables where more experienced players used to feast?

His optimistic answer, of course, is that there are just as many marks in online poker, but it takes more effort to find them. Geographical restrictions and other factors have driven many of the dilettantes away from the spotlight, but not necessarily away from online poker altogether.

“Is there an abundance of fish in online poker like there was in 2003? Absolutely not,” Guill writes. “Does that mean that there aren't plenty of fish available to grow your bankroll? Not at all. The difference is that you need to work harder to find and catch them.”

Improvements in the Game

Whether the level of play has improved or not, Guill explained, poker site operators have made an effort to level the playing field. He noted that some sites began allowing more anonymity to the players, which prevents the sharks from spotting the small fish too easily.

“Sites are also actively working to block data mining tools and HUD programs, effectively eliminating the majority of "bum hunting" that has been the bane of most fishy players,” he wrote, explaining that poker sites need to protect players so that they play longer and return more often. “If they are devoured quickly, they aren't likely to return and this actually hurts the poker economy as a whole,” he added.

He also notes the abundance of resources available to everyday players that have raised the general level of play considerably over the past decade. In fact, Guill notes, if today’s fish were playing at an earlier era of online poker, they would probably be able to win over the competition at that time.

Of course, the top and middle tier players also have access to the same resources, and they are using them as much as, or even more than, the players at the lowest levels. That’s raised the poker play overall and made it harder for players not working on improving their craft to clean up the way might have been able to a decade ago.

While the main point of Guill’s essay is that easy targets can still be found with the proper effort, perhaps a different lesson can also be learned. Maybe, as the level of competition grows, the emphasis should be on improving one’s own level of play. And the best way to do that, even with all of the books and advice websites, is to practice.

There is simply no substitute to being in the game. While there is no question that poker has a strong skill element, there is also an undeniable element of luck involved. And a big part of the challenge is gaining a feel for the fluid nature of luck, gaining an intuitive sense of the game, its flow and the shifts that come. Practice helps players understand the odds they face in every situation. More importantly, they have an inner sense of what those odds really mean. The best players have the best intuition, and that’s gained by playing hand after hand after hand.

As the level of online poker play continues to climb, there is always a next level for every player, and the goal of improvement will trump the search for easy targets, especially in the long run. There will always be bigger fish and smaller fish. Players need to know that while they are hunting for small fish to devour, a bigger shark may be looking to feast on them as well.