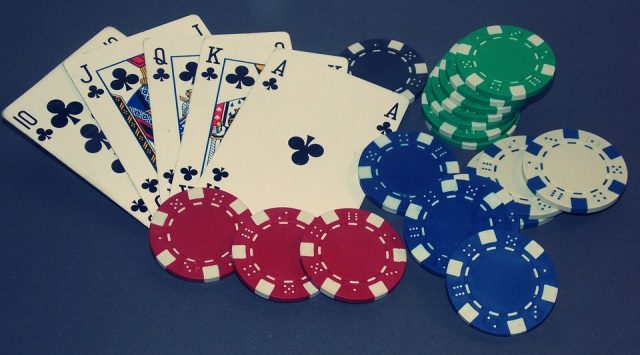 The new year has already brought around favourable changes for the online poker scene in the US state of New York. State lawmakers have again contemplated iPoker legislation, thanks to a bill that was recently forwarded to the Senate for consideration.

This will mark the sixth year running that the iconic Empire State has mulled the idea of approving the online version of the classic card game. Leading the proponent movement is Senator Joseph Addabbo, who has seemingly picked up where Republican Senator John Bonacic left off. The latter left office after retiring just before 2019 began.

Whether or not this year will be the year for regulation is still to be seen, however. The New York Senate has passed online poker bills a few times in the past, but the Assembly has unfortunately yet to give its approval to such a move.

In the meantime, Addabbo has also penned a sports betting document that will be considered in tandem with the aforementioned bill. It is indeed possible that wagering legislation will eventually gain approval, even though the iGaming proposal may not. Conversely, the odds of iPoker getting the green light first are said to be relatively small, as betting revenues would far outstrip those generated by the aforementioned pastime.

Naturally, there is also the possibility that state lawmakers could approve both bills. Many New York players and operators are hoping for this exact outcome, even though introducing the two industries in separate bills does reduce the odds of that taking place. Still, it will keep both proposals from being obscured or forgotten by the weight of the other.

The card game proposal, dubbed S18, allows local commercial casinos and tribes to apply for licenses, with each license costing a cool $10 million per party. The maximum number of licenses on offer under the framework is 11.

Online gambling operators in this calibre are liable for a 15% tax rate on all of their gross gaming revenues. The proceeds will go towards public school funding and other worthy projects, but not before they are collected first by the New York State Lottery.

The bill also details ‘bad actor language’ that will penalize operators who continue to serve the American market following the passage of UIGEA back in 2006. This could sadly exclude PokerStars from being able to partner with an NY casino, but this is not set in stone. The NY State Gaming Commission will have the final say in that particular scenario.

S18 would also allow the state to partner with other regulated states like New Jersey, Nevada and Delaware to boost liquidity. However, being the fourth most populous state with nearly 20 million residents, New York is more than capable of pursuing a solo venture if it chooses as well.

If you’re looking for the BEST online Poker, the top Canadian-friendly sites have got YOU covered!