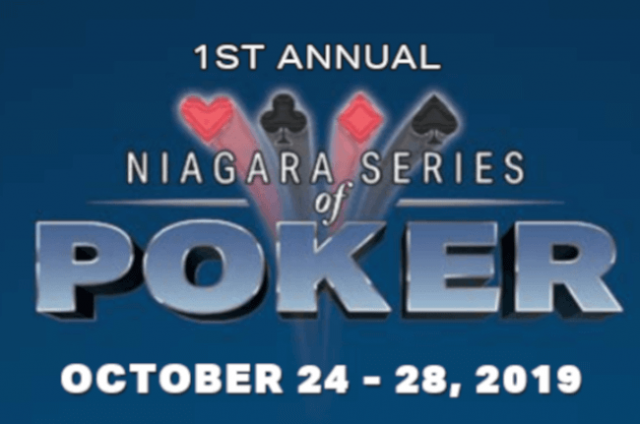 There’s a new player in town and its bound to be a smash hit among the Poker community in Southern Ontario. The newly announced NSOP – Niagara Series of Poker is going down in October and will run from October 24th to October 28th. The venue to host the extravaganza is none other than Niagara’s Fallsview Casino.

The run-up to the climax that is the main event kicked off on July 1st in the form of satellite and super satellite events. All of the run-up action takes place in the Niagara Poker room, with the main event planned for the Fallsview Casino’s spectacular Grand Hall.

Every Bit As Grand As WPT

The operator has said that the event will be as grand and as huge as the famous and much-loved WPT Fallsview Series. A number of turbo events as well as the main event and a smaller 3-day event will all contribute the Poker festival.

Players from all over Canada convene at Fallsview Casino every winter for the jumbo Poker spectacular that is the WPT Fallsview Series. If its summer counterpart enjoys even a fraction of its own patronage and popularity, then its bound to go down a charm and a huge hit. The expectation is that the NSOP will become a regular instalment on the annual Niagara Poker calendar.

The Casino Niagara has made available all of the dates and details applicable to the new NSOP series on its website. With no shortage of satellite and super satellite events, one can only imagine what the size of the guaranteed prize pools ill ultimately come to. Players often complain about the fact that there simply isn’t enough Poker to go around. Thanks to the new NSOP and so many other tournaments just like it, the need for more games is slowly but surely being met.

Play the POKER games you LOVE online. See if you’ve got what it takes to have the winning hand!