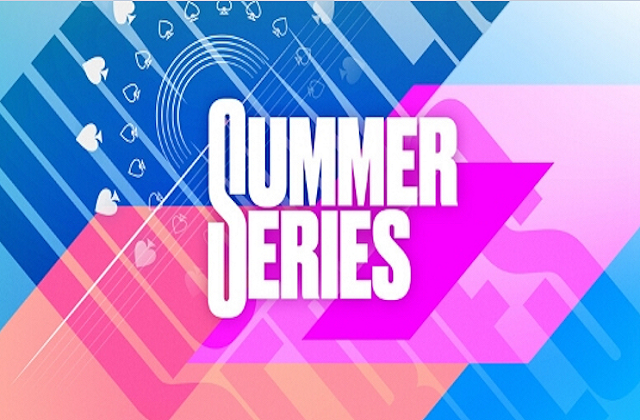 What with a super successful Spring Championship of Online Poker now officially drawn to an end, online Poker operator PokerStars is ready to bring even more online Poker action to its players and this time it’s the newly announced Summer Series that’s about to treat players to the best in online gaming action. Consisting of a total of 151 online tournaments, the Summer Series will kick off on Sunday, June 7th and run all the way through Sunday, June 21st.

Pretty amazing is that PokerStars’ Summer Series will boast prize money to the tune of $25 million in combined guaranteed prize pools. Evens till kick off around 10:15 a.m. daily and run all the way through to the last even of each day commencing at around 6:30 p.m. The operator estimates that at last 8 tournaments will be played each day for the duration of the series.

The format of the Summer Series will not make provision for multiple buy-ins and furthermore, even though the series isn’t being advertised as aimed at micro-stakes players, most players will still be able to join in the action with buy-ins at the lower end starting out from as little as $11. Qualifying cheaper will be made available with the help of daily satellite events.

PokerStars certainly has been pulling its weight as far as presenting to players premium online Poker goes. And players, in turn, have been making for some pretty amazing turnouts. So much so that the operator was at liberty to add a total of 132 more tournaments to the recent SCOOP that what had originally been planned – thereby extending the championship all the way through May.

With the additional events added, SCOOP increased its total guaranteed prize money from $85 million all the way up to $135 million. Even so, the total in prize pools generated ended up surpassing an incredible $176 million in total, which is of course the most prize money ever tallied in the history of online Poker.

Not bad going at all for an extension born out of players needing to stay at home rather than participate in land-based events.