PokerStars To Celebrate Rags To Riches 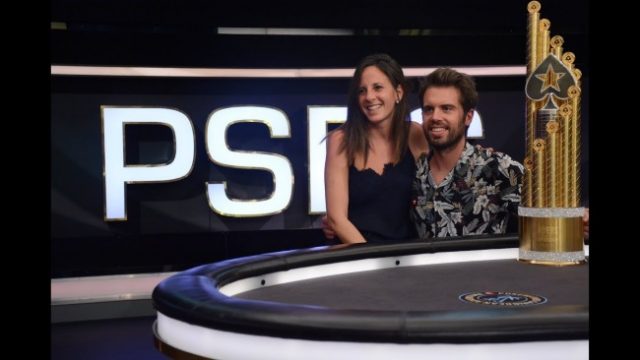 Most of us just love a good old story of rags to riches. We are inherently benevolent by nature and learning of how other managed to rise above their own circumstances gives us a sense of hope and creates in us the notion that if it’s possible for one person, it must be possible for others too. A classic story of going from rags to riches is that of fitness trainer turned world Poker champion Ramon Colillas, whose story is now being told in a new PokerStars campaign that encourages people to dream big if they want to achieve big things.

Ramon’s story certainly is a very inspiring one. PokerStars’ newest brand ambassador went from being a personal fitness trainer who had been lucky enough to win a free pass to 25,000 buy-in No-Limit event to winning that particular event and going home with the tournament’s first prize of $5.1 million tucked safely into his pocket.

Colillas is now the face of the operator’s new Dare To Dream campaign; which is a promotional campaign that will be aired in players country of origin, being Spain. The operator hopes to inspire more people to get out there and do what they are passionate about: play Poker; and with just a little luck and a healthy dose of focus, perhaps become the next Colillas.

Colillas too, is eager to inspire others just like him to do more and be more. The player says that it’s important to him that people realise that with hard work and determination, literally anything is possible and any dream within reach.

The new champ is currently competing in the European Poker Tour stop, which is being hosted by Monte Carlo Casino.

Ramon Isn’t The Only One

More than anything, the operator’s new campaign hopes to draw attention to how anyone willing to develop their skills and work hard at understanding the finer nuances of the game, can potentially have their entire life changed.

Ramon Colillas’ story is obviously not all that rare. The campaign will also feature a number of players from all over the globe, who have a similar story to tell. Daring to dream is just about the best kind of self-driven therapy that there is, and with the new campaign, PokerStars hopes to really drive the truth home as being a universal one.