Get Ready For The Super High Roller Bowl 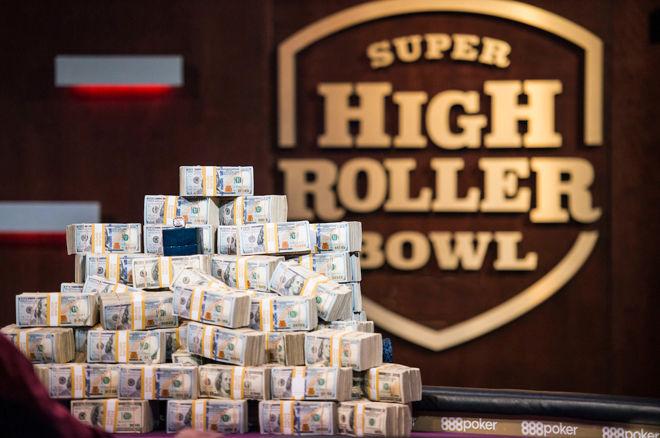 There’s nothing quite like riding the wave and keeping a good thing going. Which is exactly what Poker Central plans on doing following the smashing success that was the 2020 Poker Masters Online Series. The leading online gaming site has announced that its next special Super High Roller Bowl will kick off on May 23rd and will run for 9 days through June 1st.

Poker Central included 30 superb events in the recent Poker Masters series. At anything between $25,000 and $30,000 for a chance to compete for a share of the guaranteed $35 million in prize money, some of these required quite the investment. This amount certainly speaks of the success that is the art of the promotion as Poker Central had initially projected a very conservative-by-comparison $16.5 million in guaranteed prize money.

And since there’s no drug quite like success, the operator had no qualms reaching the decision to present this year’s Super High Roller Bowl online and in partnership with online expert and all-round gaming entertainer partypoker.

And if the upcoming online fest is going to be anything like the recently completed Poker Masters Online Series, then it too is going to be a nail-biting ten-thousand-hoots-a-minute online affair. In fact, so nerve-wrecking an indaba did the entire thing turn out to be, that it ended in the conclusion of the tightest ever play for the coveted Purple Jacket. In fact, by the time the jacket, the prize and the ultimate in bragging rights were firmly in sight, there remained only three players sprinting toward the finish-line.

But in the end, nobody proved a 100% worthy match for the enigma that is Alexandros Kolonias. And it’s the very same now encouraging others to join in on the fun once the Super High Roller Bowl gets underway. Kolonias regards the upcoming online event as yet another “virtual opportunity” for players to put their skills to the ultimate test and possibly even go all the way (like he did!).

The upcoming event will obviously also help those disappointed at not being able to play in the World Series of Poker this year to close the gaping gap on the calendar, much the same as what GGPoker’s upcoming WSOP Circuit Series will help some others.

Life at home need not rid anyone of card playing opportunities, nor the chance to take the pot. As long as there’s a virtual world to turn to, the music can be expected to play on.

Premium Poker is waiting for YOU. Play ONLINE anytime!