New Book Focuses On The Dark Side Of Pro-Poker 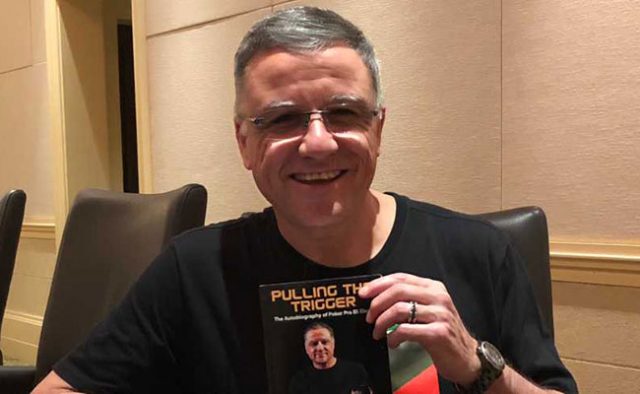 Allegations of reckless lending, unpaid debts, unsecured loans, and financial crimes associated with high-stakes Poker, are nothing new. But these are often overlooked and dismissed as being riddled with sensation and urban legend, instead of being recognized as the dark reality that actually prevails.

These and many more other seemingly other-worldly allegations are the focus of Israeli pro-Poker star Eli Elezra’s new book, Pulling The Trigger, which is a biography detailing his career in the field of professional Poker. The book has now been translated and published in English, and has managed to illicit a major public spat.

The Truth Is Revealed Over Heated Talks

The book apparently provides details of many under-handed deals, tales of just how easy it is to run rampant debts, regardless of whether or not the beneficiary of the loan is able to settle the debt. Long-term indebtedness is the obvious outcome, and Elezra identifies many prominent persons as being guilty of many of the offenses.

Pulling The Trigger was first published in Elezra’s native tongue, being Hebrew, a couple of years ago. Only recently was the book translated into English by the Las Vegas based TwoPlusTwo (2P2) Publishing. It must be mentioned that in the biography itself, a very positive gloss is applied to just about everything, and many obviously negative elements are brazenly overlooked.

But what then prompted the public outcry? Elezra, a 3-times WSOP gold bracelet winner, claims that in order to promote the book, 2P2’s co-owner, one Mason Malmuth, expected of the Poker-pro to stage a discussion thread on the 2P2 Poker platform. The discussion took place in the style of an “Ask me Anything” kind of deal, and it was at this point that a right public relations nightmare started to unravel.

Opening A Can Of Worms

Many members of the pro-Poker community follow the discussion board. One of the questions put to the author of the biography, is whether he always paid his debts. Elezra responded in the affirmative as well as having made statements to the tune of “I always have 100% of myself”. It wasn’t too long before other players started to respond to Elezra’s statement, claiming that the pro-player owed millions in outstanding debt, in some cases, for periods exceeding a decade.

Whilst it may be true that these player-to-player debts are quite common on the WSOP circuit, they are very seldom acknowledged in public. But now that the incriminating discussions have taken place in full public view on the thread, it may very well end up incentivizing more players to step forward in order to tell their own stories of unpaid debt and general injustice.