The Home of Poker Goes Quiet 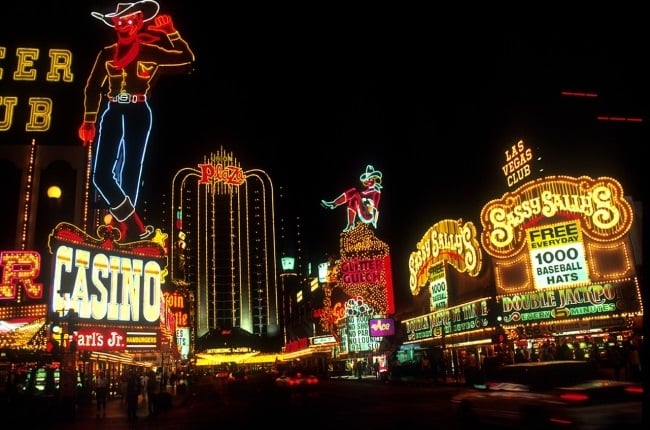 Las Vegas Nevada, the once bustling and happening home of Poker, is hardly even recognisable in its current devoid-of-all-movement state of lockdown. No one unfamiliar with Sin City would be persuaded to believe that the town that now lies deserted and apparently forgotten in a Nevada desert, was once the where it all came together for anyone with a dream and a couple of dollars to spare.

But it was. Its only that the great American dream is a thing of the past, for now at least, now that a nation-wide shut-down of all casinos has been ordered as the world continues to battle an invisible enemy killing hundreds of thousands of people. The 28th-most populated U.S. city seems to lie restlessly in wait as it hopes along with millions of people around the world that a covid-19 cure be developed soon.

Most people would not have even bothered to consider capturing this very unique and exceptionally trying moment in time on film or video. But professional cinematographer Michael Tushaus did more than just consider – and according to the award-winning video man, it all came together in a single day’s work.

The result awakens in the spirit both awe and shock, sadness even. Tushaus’ project has been released in full-video format for all to see and really, everybody should. Las Vegas is in many ways a city among cities for this special purpose as unlike deadly danger zones like New York and Milan, there are no doctors running around frantically trying to make sense of the ill and the dead that keep on piling up outside hospital doors.

In Vegas, there remains only the quiet. And it all happened by choice.

Everyone usually at play on the tables and at the slots are safely tucked away in their homes, some because they’ve been ordered to do so, but most due to a human realisation that the only way in which to save a life is to do nothing – and to do nothing at home.

And of course, it’s the big-money players, the artists and the actors who could so often in the past be seen rubbing shoulders in Poker-capital, who are now doing all that they can to save humanity from total disaster. Bruno Mars, Angelina Jolie and Ryan Reynolds are just some of the celebrities to have opened their hearts and their bank accounts in an attempt to help those who can no longer help themselves.

Vegas may be silent, but its spirit of giving lives on.