Negreanu Keen To Mix It Up This Season 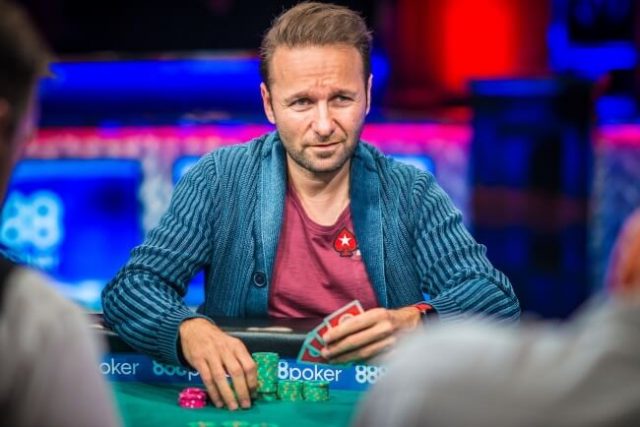 Daniel Negreanu has an eventful time coming up. He’s marrying long-time sweetheart Amanda Leatherman on May 19, and will barely have time for a honeymoon before its time for the World Series of Poker that gets underway on May 29th.

One would think that the six-time WSOP bracelet winner would be a little more focused on his upcoming wedding vows and less occupied with Poker, but then again, knowing Negreanu, perhaps one would actually not. The champ has already released his regular YouTube teaser for the upcoming season, as has been his want for the past number of years. Fans will be interested to know that this year, Negreanu plans something slightly different to previous years.

More cashes, more points says Negreanu, will be his modus operandi for the coming season, unlike his usual stint of fewer but bigger buy-in events.

Ready To Play The Gimmicks

It’s a recipe that even he is unsure of, said the Poker-pro, but eager for a change and a challenge, it’s going to be an interesting season whichever way the chips may fall. But, thanks to the new format for the collection of points, the bigger events are no longer the only way to remain in the race for the coveted Player of the Year award. Smaller events now contribute as much to the overall tally as the bigger ones. When it comes down to the basic maths of the matter, more smaller events will now mean more points than fewer (and often tougher) bigger events.

Negreanu made known his plans last week the DAT Poker Podcast, of which he is a co-host. He said that thanks to the many new changes to the points-format, it’s become virtually impossible to qualify for the Player of the Year award playing only big buy-in events, which was what he was doing up until now.

He said in true Negreanu-fashion, which often comes served cold and with a dash of arrogance, that the changes have made it necessary for him to now try his hand at smaller gimmick-like events. One cannot help  but wonder what regular “gimmick” players would make of all of that.

Its A New Day

Whichever way the river flows, it will be interesting to see whether Negreanu will enjoy playing the smaller events, and also what his success rate will end up looking like. It’s going to be a very interesting year on the WSOP Poker circuit indeed.

Looking for Poker tournaments or cash games? Sign up and play ONLINE!