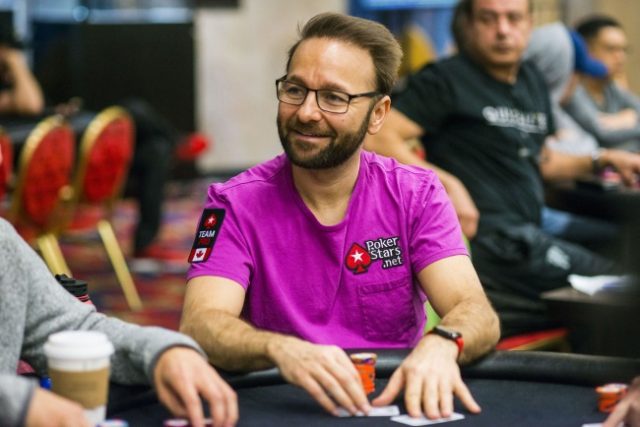 Who’s the man? Canadian Poker-pro Daniel “Kid Poker” Negreanu, that’s who. We’re of course talking World Series of Poker Player of the Year. Negreanu has just been bestowed the honour of player of the year after Shaun Deeb fell short in the final event of WSOP Europe.

As to the question of “why?” he took the title, the answer is simple. It’s all locked in tight with the Canadian’s particular style of personal representation and marketing.

Not that Kid Poker markets himself in a way that is in your face or obvious. In fact, his online presence is so subtle in every which way that matters that one would hardly even notice that what he’s doing is punting his own personal party. And we’re not even entirely convinced that he’s calling our collective bluff on the entire thing either. All we know is that everyone loves Negreanu and we’re thrilled that we’ll now see Kid Poker’s grinning face beaming from the rafters at the iconic Rio all the way through next year.

Kid Poker Knows All About Branding

At the end of the day, it’s all about the exposure. Every Tweet, every video blog detailing his personal story and a step-by-step account of his journey so far; even the controversy around the Deeb dual and his subsequent pragmatic approach and reaction to it all – you name it, and its served Kid Poker’s personal Poker brand in more ways than one.

So the question that positively begs to be asked is this, did Kid Poker foresee his photo hanging from the Rio’s rafters (read: Poker chandeliers) in his mind’s eye? Perhaps the current question to be asking is, but does it even matter? Kid Poker may very well be the most recognised personal Poker brand of all time. No wonder then that we’re literally hanging from the Canadian’s lips as he speaks of wondrous things like his journey from his first forage on the felt to enjoying complementary room service at the Rosvadov; which of course wasn’t all that there was to that particular story.

A Star In His Own Sky

It’s a fact: Daniel Negreanu was PokerStars’ biggest story yet. And yes, he may well have benefited PokerStars a great deal more than what the iconic Poker brand did him. Not that it matters. Kid Poker is obviously quite capable of achieving fame all on his own.

After hearing that he had won the WSOP POY, Negreanu showed once and for all why he was such a favourite. He took to Twitter to say that he was incredibly proud of the year he’d had and was very grateful that he got to play Poker for a living. In his usual honest style he also admitted that the whole build up had been a real rollercoaster ride, and that when he said he liked dramatic finishes he wasn’t quite aware of just how dramatic this years WSOP Europe event and the race for POY would be!

Play Poker to WIN big online. Enjoy Texas Hold’em and so much MORE!