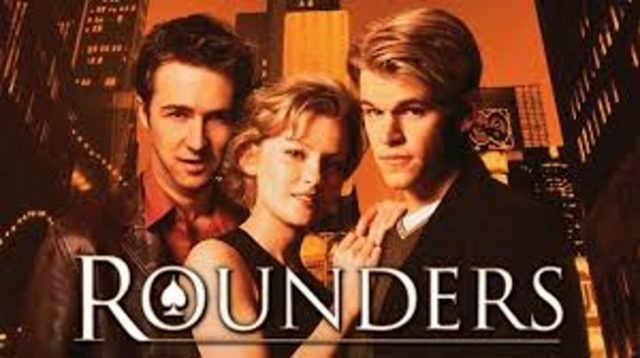 It’s now some 20 years since we first encountered Mike McDermott in the cult Poker classic, Rounders. Games were played, money was won and we thoroughly enjoyed the movie, having all but lived the life of McDermott in our heads. To some of us, the Worm was the real hero of the story, being frenemy number one to McDermott, good guy gone rogue on the angle. We were left wondering where the Worm was at, was he even still playing? Did it involve the rolling around of small change because of karma having chased him down on the dive for everything that had transpired at the mercy of his decisions? And what about Mike McDermott? Did he continue the streak of big breaks? These and many other questions lay simmering beneath the surface, only to have this past week been revived by Poker-pro Daniel Negreanu.

Negreanu, after having watched Rounders at home, took to Twitter to ask the question we’ve all been dying to ask creator and writer Brian Koppelman: will there be a Rounders 2? Koppelman; and we’re not sure whether he has actually been thinking of creating a sequel, or whether Negreanu’s question had sparked the idea; despite being willing to part with only the most cryptic of replies; did (if only by a long shot) insinuate that McDermott and Worm may in fact eventually return to our sitting rooms.

Sequel Not Yet Confirmed

Its at this stage that the old familiar panic sets in; will the sequel tarnish all that we’ve come to love about the original Rounders? Are our memories of what once was accurate or will be left to careen in our own confusion and distrust of the self’s ability to remember with clarity?

We formed emotional bonds with McDermott and Worm and even skanky Teddy KGB. Will those bonds have stood the test of time? And more importantly perhaps, will the ties that bind survive a sequel? Some of us will without a doubt refuse to risk watching the follow-up without first having trawled the forums.

Which means that a select few will have to go-see and take one for the team.

Is It Worth The Gamble?

The question of whether or not we would want the characters to have changed over the course of 20 years is a tricky one. And really, will anything ever be able to top the initial Rounders experience? We may find out and we may not, but one thing is for sure; we may soon find ourselves gambling with precious memories.

And all of this because Daniel Negreanu wanted to know.

Get YOUR hands on the POT. Play Poker online for the best WINNING chances.