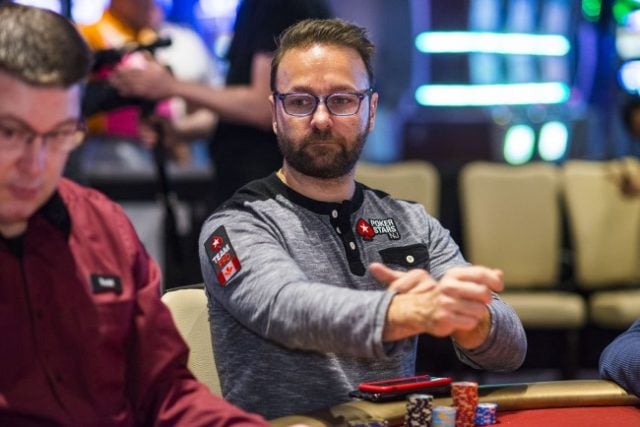 Daniel Negreanu is in town. And by town we mean Czech town. And by Czech town we mean World Series of Poker European Tour town. Also, he’s brought his new wife along for the ride. In fact, the newly married pair has even made a reality-television style video to compliment Daniel “doing” Europe.

Much of this year’s Europe tour focus will be on accumulating Player of the Year points. But that doesn’t mean that much fun cannot be had along the way. It doesn’t all have to be seriously staring at cards whilst smoke bellows from the ears of players after all, especially not when in beautiful Czech.

Read More… 16 Players Agree On A Chop At WPT Event

Even so, the beauty of Poker and the Czech Republic aside, the trio of contenders currently on the ready to defend title and honour and all that (read: POY points) may cause quite the stir over the course of the next 3 weeks.

Negreanu has been joined in Euro-Poker land by current points-leader Robert Campbell as well as fellow points hopeful Shaun Deeb. If anything is at this stage of the game pretty much a done deal then its that points will be scored and points will be had; come what may.

The first event kicked off on Sunday past and followed the format of a friendly for Event #1. Negreanu unfortunately did not manage to stick it to any of his fellow players and soon discovered himself out of the run for the win. Ironically enough, the Canadian isn’t the only big name to have fallen by the opening event wayside as Robert Campbell and David Baker joined him on the pavement.

Negreanu, despite the first two days having not panned out quite the way he would no doubt have liked them to, was back to being his old agreeable self, congratulating hotel staff on the way they received “Mr. and Mrs. Negreanu” and babbling on about the greatness of the Poker fest on Twitter.

Robert Campbell, not to be outdone by a “kid” saw Negreanu’s “Daniel Does Europe” video and proceeded to produce and release a creative product of his own. His art found embodiment in the form of a song; with “art” being included here in the most casual way possible given the meaning of the word.

Ultimately it’s all bloomin’ good fun and we can’t wait to see Negreanu close in on Campbell for the POY lead. Because he will. Daniel is out and about doing Europe, after all.

Take on the tables! Play the BEST Poker games online and WIN.