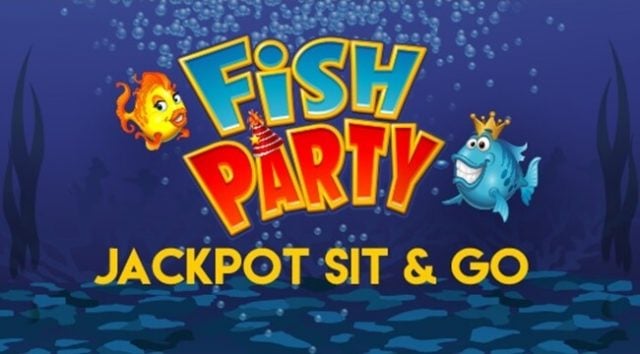 This month, it is officially three years since casino games giant Microgaming first launched its Fish Party Sit & Go progressive jackpot tournaments. The tournaments are run under the Microgaming Poker Network (MPN) banner and it’s been three years of stellar and unprecedented success. All the more reason for a special birthday bash celebration and that’s exactly what Microgaming has done.

MPN kicked of a very special Fish Party Bonanza on July 15th and the birthday celebrations will run all the way through 4 August. The prizes are birthday style too! The $5,000 seeded jackpot will increase by a whopping $1,000 every single day and up to a maximum of $25,000 until such time as the progressive jackpot birthday prize is won.

But dropping the jackpot isn’t the end of the party. Each time the jackpot is won the counter will reset back to $5,000 and the magic will begin all over again. This is fantastic news because it means that more than one winner may potentially share in some lion-sized spoils.

In true birthday giveaway celebration style, $5 gets anyone in on the action. Players are advised to get cracking early on, because in order to qualify for the jackpot win once it does drop, a player will had to have made his or her first deposit into the kitty a day before. Get in early to avoid disappointment; be there or be square. Why would anyone want to miss a birthday party to start with? Especially when there’s loads of cash up for grabs.

Fish party buy-ins won’t only get a player in on a possible jackpot win, but also in the running for a share in the $500 Fish Party flip free roll. Again, the criteria is consecutive days in a row. There are many spot-prizes up for grabs and to the value of anything from $1 prize tickets to $50 prize tickets.

7 August offers more chances at winning a loyalty-based jackpot prize. Players who did throughout the special birthday celebrations play a total of $500 in free role ticket buy-ins will automatically qualify for a special $1,000 bonus mini jackpot prize. Players will still have to physically enter the special draw and will only qualify if in play for 10 consecutive days.

It’s a birthday bash extravaganza the likes of which has not been seen before and its all going down on a device near you.

Experience ALL the excitement of playing Poker online. Place YOUR bets now!