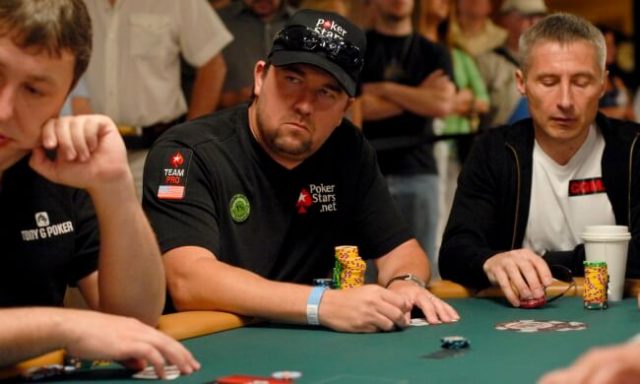 Player power in Poker. The concept is nothing new and it is proving to be a popular occurrence on the international scene. Players are doing their own thing and branding away at leisure, becoming household names and celebrities in their own right. Chris Moneymaker is the latest player to follow in the footsteps of fellow player-power players Lex Veldhuis, Jason Somerville and Patrik Antonius.

It’s proving to be as easy as organising a custom-made player platform in true celebrity Poker-style and sticking with one’s own programme. Live tournaments are being branded in the personal names of players and those watching on popular content streaming platforms are the last to complain. Its personally branded enjoyment all round, it seems. And it works.

Read More… The Stars Group Owns Up To Chinese Affair

One cannot help but wonder whether everyone jumping on this particular gravy train secretly craves to lead the rest of the pack single-handedly towards celebrity Poker stardom. Judging by the absolute zeal that’s now on full display, this may be the case after all; even when kicking all suspicious celeb-style paranoia to the curb. Or maybe it’s just a case of everyone wanting their own 60 seconds of fame.

Chris Moneymaker is one of the players not afraid to show up, step it up and tell it like it is. When you think about it, it’s all about putting yourself out there to be complimented as well as criticised. And at the end of the day, perhaps those with the level of self-esteem that lends itself to valiantly to that type of intense scrutiny deserves to come out on top; celebrity Poker style.

It must be mentioned that Chris Moneymaker is one of the longest-surviving Poker player-celebs on the scene. The year was 2003, after all, when Moneymaker won a World Series of Poker main event. It seems like ages ago now, and really, 16 years is a long time in Poker terms.

It’s also a long time in celebrity terms, and as far as Poker’s own are concerned, Chris Moneymaker is about as card-playing celebrity as what anyone could ask for. No wonder then that his announced 11-event schedule was drawing all sorts of attention on the online scene; to the extent of a live tour across America was turned into a rip-roaring success.

And ‘lo and behold, a second tour is now on the cards for Chris Moneymaker. And really, why not?