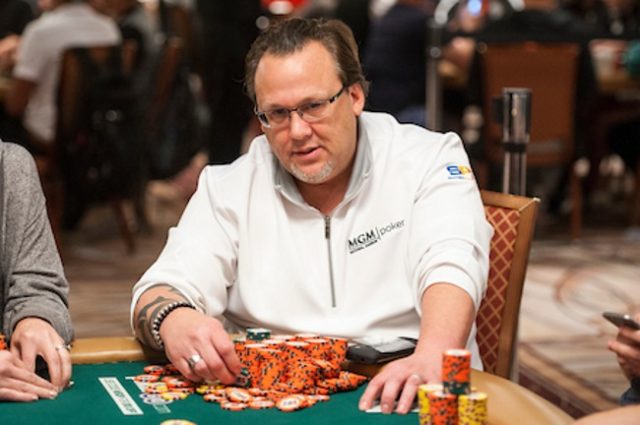 Sadly, Poker on Sunday past lost another of its great players. Champion Mickey Craft, who ensured much entertainment and laughter at a 2017 World Series of Poker main event, reportedly passed away in his sleep. Craft’s sponsor, namely Suited Poker Gear (SPG) broke the news to his many fans on social media.

According to the tweet that was posted by SPG, not much more was known about the reason for the star’s passing, and this was confirmed by a subsequent tweet that was later posted by a relative of Craft. The relative, who goes by the name of Scott and posts under the username Roachman68, said that he was Craft’s 1st cousin and that after having received word of the tragic news on the Monday following the player’s passing, was able to confirm that the sad news was in fact true.

Scott said that he and Craft had been very close growing up and that Craft will indeed be dearly missed by all who knew him. Scott also confirmed that the support being offered on social media by fans and other members of the Poker world were being passed on to Craft’s immediate family, and that they very touched by and appreciative of all the love and regard for the late player.

Craft was a true fan of Poker and made no secret of the fact that whether he won or lost, he was primarily there to, first and foremost, have a good time. Craft had captured the hearts and imaginations of many a fan thanks to his special antics, witty anecdotes and amazing capacity to keep on performing in top form even after rounds and rounds of drinks having been consumed. This all went down at a 2017 WSOP main event, and Craft was cemented into the hearts of fans ever since.

Craft made the most of the popularity gained during that particular stint, and proceeded to appear in a couple of episodes of “Poker After Dark”. He also made guest appearances on “Talk The Talk” and “Masters of the Main”, and possessed a larger than life personality.

Despite the fact that his lifetime winnings amounted to a relatively conservative $135,000 in cashes, it was Craft’s sterling and entertaining personality that stood out most on the scene. Craft made no secret that he was actually there to have fun first, and play cards second.

Judging by the show of support on social media, Mickey Craft will be sorely missed by many.

Build your OWN legacy online! Play Poker and see if YOU can take the pot.