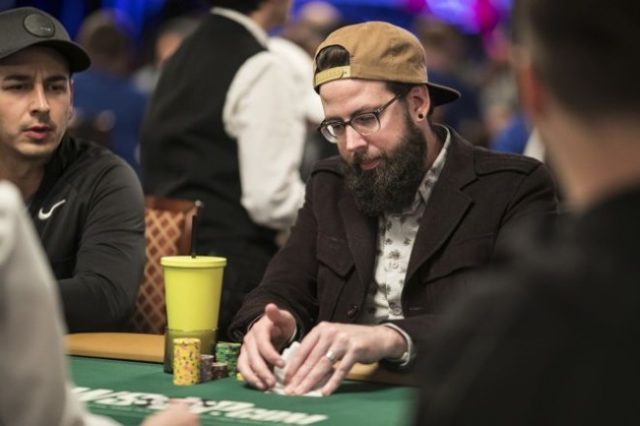 Prominent Poker media personalities Robbie Strazynski and Lane Anderson were fans of the game before they were industry professionals. Playing at the World Series of Poker, or WSOP, has long been a dream for both of them, and this is the year they got to achieve it.

The 2019 WSOP event marks the fourth visit for Strazynski, but it is the first time he’s ever played. In previous years, he focused on expanding his business on CardPlayerLifestyle.com, or other media work. Anderson first worked WSOP in 2014, as a PokerNews Live Reporter. Today he owns social media and marketing firm London Road Media, and recently resigned as PokerNews Canada’s Senior Editor to focus all his attention on the business.

Getting the money and time together for WSOP is no easy task, but Anderson felt that he had to get there for the 50th anniversary event this year. He made it a priority, and took time off work for the first time since he started his business in 2016.

For Strazynski, Eli Elezra made him do it – quite literally. The professional player and businessman even said he would stake the media man in the event of his choice. Strazynski said he couldn’t accept that offer, and used his own money as well as contributions from his “home game buddies”. Ultimately, Elezra made up the shortfall.

Anderson opted for the $1,500 No-Limit Single Draw event, while Strazynski entered the Dealer’s Choice event with the same buy-in. Anderson made it to Day 2, playing with the likes of Bernard Lee and Shawn “Bucky” Buchanan, before being eliminated when he was just 5 spots away from the money.

After practising at The Orleans and finishing around 7th place, Strazynski felt ready to sit at a WSOP table. He was eliminated on Day 1, after being a little blindsided by unexpected tactics. A lot of his tablemates called PLO and PLO8, he explained, and he hadn’t been anticipating that.

Neither of these media personalities was expecting to win a WSOP bracelet, but both report being happy with how they played. More importantly, they both had a great time, ticked a huge item off their bucket lists, and left Las Vegas in high spirits. Taking their media followers on the ride with them probably helped them maximise their enjoyment, with the added potential bonus of monetised content.

Your next hand could be THE winning one. Play Poker online TODAY!