The Mouth Makes His Way Back To Poker 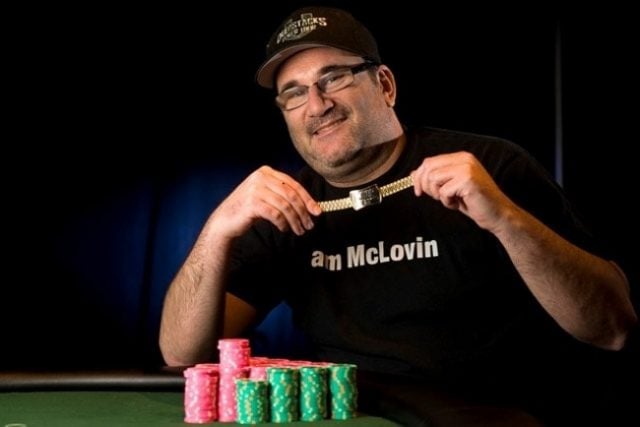 Mike “The Mouth” Matusow reckons he owns Poker media. The blabbermouth is quite able to draw a lot of attention thanks to his words and deeds and the most recent news in Mike-land is the fact that the Poker-style celeb has now come up with a company (if that it should be called) that creates content specifically focused on online Poker.

Matusow claims himself to be on the ball when it comes to Poker media content and said that this is because he’s always himself and very sincerely so. We’re quite sure many of the people wanting to follow the online grind are by this time wishing The Mouth were a little less himself and a little more civilised. But if anything, Mike “The Mouth” Matusow is a true content entertainer.

Read More… MVS and partypoker At Loggerheads Over HUDs

Mutasow hasn’t always been the most likeable character from a business partnership point of view. Part of the reason behind The Mouth’s video series for CardPlayer having gone bottoms up, is Mike’s perceived inability to keep a good thing and a good working relationship going. Perhaps Mike’s tendency to “say whatever comes to mind” should be reigned in ever so slightly if he has any hope of sealing similar business deals in the future.

But for now, The Mouth is eager to try and do his own thing and attract his own audience. Back in the days when Mike was doing his bit in partnership with CardPlayer, 35,000 following players were considered to be many. Nowadays, it’s an entirely different story in any event. A story that Mike considers himself more than expert and handling on his own, and better than ever before in the history of Poker content media creation and management.

Is Mike For Keeps?

But why did Mike never take to playing Poker full-time, given his obvious passion for playing cards with the best? His back, which has turned out to be in a rather poor way, has prevented him from doing so. Having been slightly out of financial luck, the next best thing, and a rather affordable start-up when one’s only asset is the gift of the gab, was to focus on content creation and distribution instead.

This is something that The Mouth seems to greatly enjoy. And after having navigated certain challenges relating to editing costs, Mike The Mouth had successfully made his way back. Hopefully this time round, to stay for good.

Put your money where YOUR mouth is. Play POKER online and WIN!