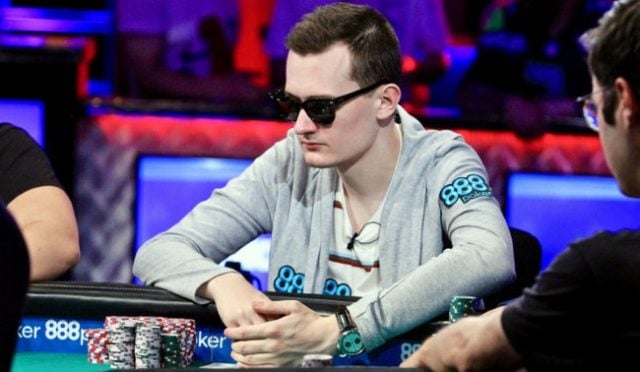 Nick Marchington is no ordinary British youngster. The 21 year old also happens to be one of Poker’s most promising WSOP future-champions, and anyone looking in from the outside would be easily fooled by the shiny exterior of the young Poker prodigy. But thanks to Marchington’s failure to keep his end of a recent backing-bargain, the young Brit may be remembered for a major lawsuit and not for having placed 7th in a recent WSOP $10 million main event, after having been strong in the running towards winning said event.

Marchington is being sued by Canadian high-stakes backer Colin Hartley and US backer David Yee after he supposedly backed out of a deal after having accepted and apparently spent the money put up by his part-sponsors. Hartley and Yee are claiming a combined $152,500 in payback as well as punitive damages to boot.

A Sudden Change Of Plan

According to the claim filed on July 15 in the Nevada Clark Country District Court, Hartley and Yee had agreed to back the young Brit in order to enable him to compete in two WSOP events. For reasons unbeknownst, Marchington backed out of the deal before playing the actual events. Nothing strange or unusual up until that particular point in time. But the waters grew murky when the young player failed to return the bulk of the backing to his lenders, promising to do so once he returned to England (from Nevada).

But the plans obviously took a detour, as plans so often do, and Marchington ended up obtaining additional financial backing, enabling him to participate in the two events after all. And so, instead of making his way back to the UK, the young Brit ended up playing the events after all.

The Grass Is Always Greener

The issue at hand now appears to be hinged on a technicality because prior to Marchington’s decision to play the two events, obviously no longer being cash-strapped thanks to his having secured new backing, the parties to the initial agreement cancelled the deal. Various texts provided to the court in question confirms the alleged cancellation as dinkum.

All was accepted as fair in love and Poker but only up to a point. The actually issue, it seems, arose not from Marchington’s decision to participate; he did after all still owe his backers their initial investment and perhaps now actually would be likely to pay up; but rather from the fact that the young player suddenly demanded from his initial financiers an additional cash injection as a result of his (Marchington) having upped the “mark-up” from 1.2 to 1.7. Needless to say, his financiers did not find Marchington to be at all comic and are now claiming their share of the initial stake as per the initial agreement.

And so goes the story of how yet another one of Poker’s unusual commercial skits went horribly wrong.