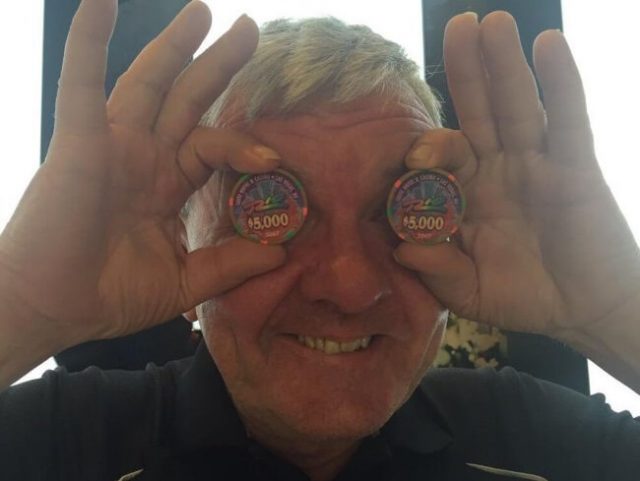 It’s been a sad week for Poker, as shortly after Kevin “Racks” Roster passed away from Sarcoma, “Mad” Marty Wilson died after losing a 6-month long battle with cancer. A true legend at the tables, Poker has lost another very special individual, and a fearless and passionate supporter at that.

But knowing the man behind the laughs was about much more than being in it for a wise crack or a whack of current insight in his capacity as host of the Den. Because Wilson also knew his own way around the table, having won various events and placing among the top 10 in as many others.

Wilson was well known in the UK during the 90s. He was after all the man responsible for having taught the likes of Tom Cruise, Phil Taylor and even Helen Chamberlain how to play Poker. And let it be said, Mad Marty Wilson was as snappy dresser, forever clad in his signature beige suit and black and white tie – all pressed and shaped and positioned to perfection. Wilson was old school, that much is for sure, and a true stalwart in Poker circles. And to boot, Brits will tell you that he was every bit as recognisable as Nora Batty and Big Daddy.

Wilson’s life in the body may be over but his memories will long remain. Those who knew Wilson in person will remember him as being somebody that they had loved dearly, as the pouring love and condolences following his passing clearly show, and those who brushed shoulders with the mad side of Poker greatness will no doubt remember how he had inspired greatness in others. With a very distinct touch of humour, of course. That was, after all, the best part.

Much Love And Condolences

Wilson’s wife Katherine was with him when he passed away and he was obviously well loved by many. The player will be truly missed in Poker circles too, as attested to by outpouring of love and condolences on social media.

Put YOUR luck and skills to the test at the Poker tables. Play online TODAY!