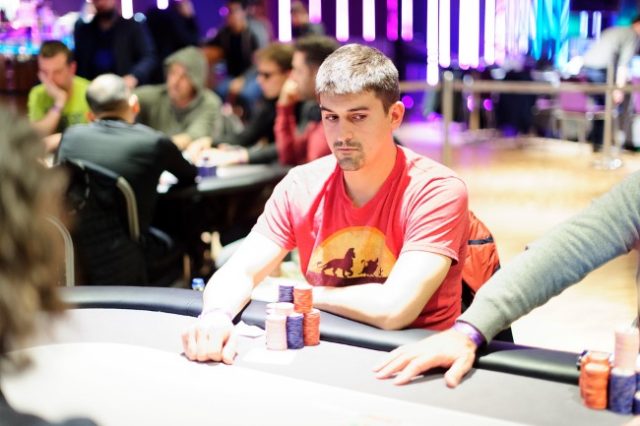 Poker-pro Michael Lech has done it again. His latest WSOPC Mexico win brings his impressive career accolades to 7 rings nabbed in a total of 5 countries. Michael achieved his latest record win when he finished in 1st place at Event #5 Mex $3,500 No-Limit Hold’em 6-Handed WSOP International stop in Monterrey, Mexico. It all seems like quite the mouth-full, but then so is Lech’s career and accolades won so far.

The latest victory pushes Lech’s career wins all the way to $900,000, with $140,000 won during Circuit events on the International scene. This isn’t bad going, and not by any Poker-pro standard, least of all the Poker enigma that is Michael Lech’s own.

Michael Lech’s vast travels have afforded him more than just the opportunity to visit a slew of new countries that he otherwise would in all likelihood never have had the opportunity to visit. But even more amazing and valuable is the fact that thanks to his world travels, the pro has managed to pick up quite the Spanish vocabulary.

Lech enjoyed the Mexico event, but said after the time that there were hiccups that could have been avoided had the organisers done their homework in terms of the anticipated player numbers. He commented specifically on the fact that very few of the officials present were able to speak any English. This, according to Lech, caused quite a few problems all on its own.

Luckily for the dealers, who were hardly able to communicate even the simplest instructions and announcements, Lech was able to translate where necessary and lend a helping hand with everything from basic communication to the laying down the official regulations.

Mexico His Best Yet

But despite the language barrier, Lech still rated the venue as being one of the very best that his had the pleasure of visiting so far. And that’s saying quite a lot considering the fact that the Poker-pro has played his magic in a total of 5 countries.

Lech in fact went as far as to rate the venue better than “any Las Vegas convention centre”. Many players have been known to share this particular view as what with Vegas being Vegas, it may well offer the best of gambling in terms of the old classic 1950s Vegas magic, but the actual rooms and venues are often thought to be lacking in terms of atmosphere and side-offerings, including interesting and new things to see and eat and experience.

Could YOU win big playing Poker? Find out ONLINE!