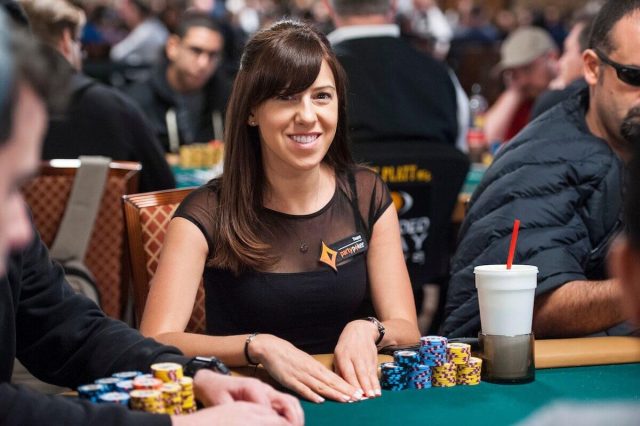 Live tournament regular Kristen Bicknell recently took an admirable shot at high roller play after participating in the €100,000 King’s Super High Roller. It was her very first 100k event, and she came away with the impression that it was not quite so different from some of her other, more run-of-the-mill tourneys.

Speaking about it in an interview, Bicknell noted that there is a level of prestige and hype about high roller events. However, she noted candidly that it is quite similar to playing 25ks, as it is the same event and the same game, just offering a higher buy-in and a smaller field, making it easier to potentially do well.

All Part of a Learning Experience

While her first shot at a six-figure buy in event did not end with success, the Canadian player has stated that it’s all part of her learning experience. She revealed that she is playing with many other players she is already familiar with, as well as a lot of people she’s never seen before, which made it a very fun event in her eyes.

Bicknell was among the participants who took advantage of the Day 1 extended late registration. Early in Day 2, she managed to be seated right next to Alex Foxen; both speak often about strategy away from the tables and during events as well. She confessed that she didn’t ask Foxen for any pointers before the cards got up in the air, citing their very different play styles as the primary reason for this.

Since she has become a live circuit regular, Bicknell’s approach towards her preparation for the game has changed for the better in order to help her stay competitive. Exercise, plenty of sleep, and a healthy diet are all high on her list of priorities.

The Canadian pro steers clear of all of the sugar and fat-laden poker buffets, as she knows that they will ‘hurt her mental game’ in the long run. She tries her best to avoid sugar and carbs, and is fascinated in nutrition and the link between general health and mental wellbeing.

Getting good sleep and trying to work out also help her to stay on her game, not to mention positive visualization and trying to stay positive before tournaments. Bicknell sees every tournament as one that she could possibly win, which keeps her motivated no matter the odds.

She also warns against alcohol, seeing it as a major leak in many of her peers. Far too many of her fellow players drink too much, in her eyes, and she has noted that if more people were to cut out alcohol, it would likely improve both their poker games and their ability to play more often.

Play Poker online. Sign up at one of Canada’s best sites TODAY!