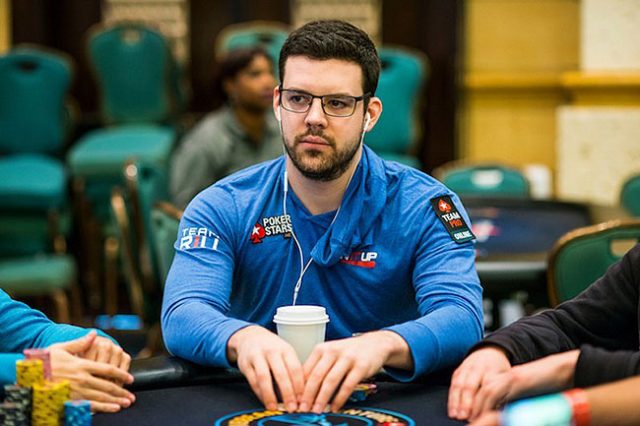 Poker icon Kevin Martin has done it again. This time, the Albertan Team PokerStars Pro Online star has scooped yet another life-changing cash, which comes as his largest to date and has added to some exceptional results for the year in review.

Last week, Martin found himself in a heads-up battle against Matt Stout in the Run It Up Reno Main Event. With multiple cameras streaming the action live to viewers on Twitch and his fans egging him on enthusiastically from the sidelines, Martin ultimately claimed the runner-up finish, taking home US$48,210 for his efforts.

He had also finished in second place at a PCA event earlier in 2018 and won no less than three Main Events in Calgary this summer, so most of his fans had assumed that he would wrap up his poker appearances for the year and call it a successful one. However, he has now just finished second in Run It Up’s biggest Main Event to date, with this finish also seeing him claim his largest cash prize of the year.

Stellar Year for the Canadian Pro

Martin’s cashes in 2018 are currently sitting at just a little under US$180,000, with his heftiest buy-in for the period standing at a mere $1,600. All of his appearances were in small- to mid-sized buy in events, making his considerable pile of winnings even more impressive.

Of course, last but certainly not least was his stellar performance in the $600 Run It Up Reno Main Event, which earned him a cool US$48,210. His confidence soared high throughout the entire event, which saw him fire six entries after five went in on the first Day 1.

He also displayed great judgement at the final table, making a handful of excellent folds and calls in his ultimate showdown against Stout, showing his calibre as a top-level player. In the first hand of their battle, Martin’s A-K made a straight on the river of the 3-J-2-4-5 board. After betting the final street, Stout shoved as Twitch viewers saw him with an A-6 hand for a better straight. After a while longer, Martin found the fold, but forsook a large portion of his stack in the process.

Just a few hands later and he made the choice to go all-in with a K-J, and was immediately snap-called with an A-7 from Stout. Neither player paired, and Stout claimed the golden trophy and a $70,000 win for what was certainly a close call for both pros.

Got what it takes to win BIG in Poker? Play online now and find out.