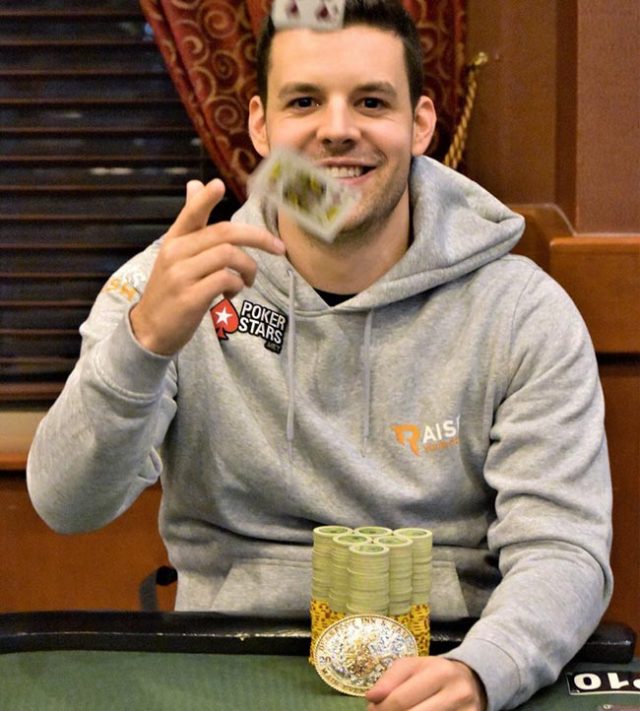 Not long after his first big win of last month, local legend and Team PokerStars Online Pro Kevin Martin managed to bank his second title of July at a major tournament in Calgary, and then go on to win a 3rd.

The player, who is also a well-known poker streamer and winner of Big Brother Canada, attended the annual Silver Buckle Poker Tournament at the Deerfoot Inn and Casino during the first week of July. Kicking off on July 6, the event boasted daily Wild Card Rounds with $200 buy-ins, with one in seven players of each claiming a spot in the final Showdown on July 15.

The Showdown itself was a $1,100 game that was also available for direct buy-in. After all the Wild Card entries and registrations were tallied, a total of 78 players battled it out for the iconic Silver Buckle, putting the prize pool at $74,100 that was ultimately shared between the top eight finishers this year.

The final event was certainly a challenging one, playing out over 15 hours. However, at the end of it all, Canada’s own Kevin Martin was once again the player with the bulk of the chips at his end of the table. Closely following a win just weeks before at Cash Casino’s Calgary Classic, the player fought his way through another local field to come out victorious.

In a hair-raising hand with just two tables remaining, Martin managed to shove from the small blind into Thomas Taylor’s big blind. Taylor then made the call with his covering stack, revealing the best hand of pocket tens against Martin’s {J-Spades}{7-Spades}.

With his tournament survival hanging in the balance, Martin was then dealt three spades on the {9-Spades}{Q-Spades}{7-Spades}, giving Martin a flush. Then, with his spades blocking Taylor’s straight flush outs, Martin survived the round to claim the title heads-up against his final competitor Jon Marrie. 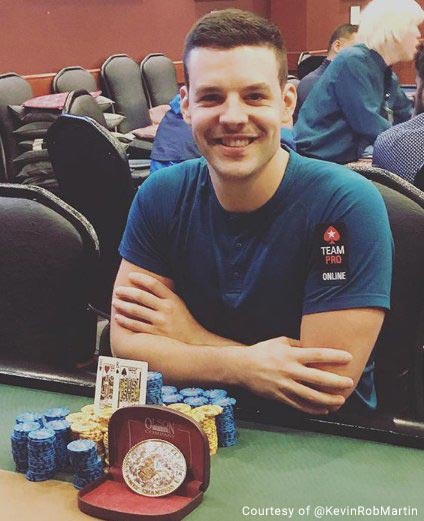 Kyle Crego and Darren MacFarlane came in fifth and sixth places, respectively, pocketing respectable wins of $5,600 and $4,000. Heading up the pack in seventh and eight were Weston Pring and Cuong Lieu, who earned themselves $3,300 and $3,000 for a good tourney’s play.

Including his second win; Martin’s total score for July came to more than $60,000 in total. Of course, that was until he took to Twitter to reveal that he also won the PokerStars $162 Million BB for $7,800 US just days afterwards. That’s an unbelievable three wins in a single month with earnings of over $70,000 for one of Canada’s favorite poker personalities!