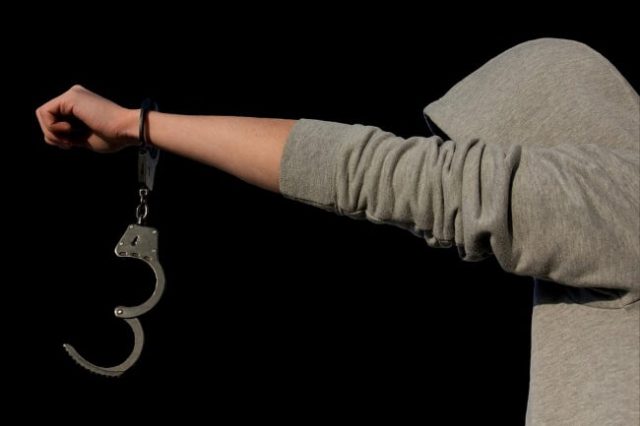 Exposing the crown jewels in public is bad enough, but a flash and a throwing about of shoes with a generous serving of terrorist-like behaviour on the side is sufficient to get any US federal judge hot under the collar, let alone the Vegas dealer at the receiving end of the flying footwear. The exposed genitals belong to WSOP regular Ken Strauss, who by his own admission is currently battling a few of life’s demons.

Strauss recently put up quite the show and landed himself in very hot water when he pulled a couple of unsavoury stunts during a July 5 WSOP main event. Not only did he behave like a right hooligan in public, but he also issued quite the threat on Twitter some weeks later when on July 27 he tweeted a warning to “all casinos that have banned” him, cautioning that the guilty parties would be “destroyed immediately”.

An Act of Terrorism

Strauss obviously has a case of misfiring of the pistons going on, as evidenced by his belief that he is personally acquainted with the president. The entire thing proved too much for Clark County District Court Judge Linda Bell, who deems the 45-year-old Poker player a threat to society and possibly also himself. Judge Bell, acting on a positive finding of a single charge of “making threats or conveying false information concerning an act of terrorism” by a grand jury, ruled that Strauss be held on $150,000 bail.

Strauss, said Chief Deputy District Attorney Pete Thunell, had manifested the type of behaviour that had been textbook traits of the variety of instability that had led to the 2017 Harvest Music Festival massacre on Route 51. Not exactly the type of behaviour to simply be let off the hook. The person responsible for the 2017 shootings, similar to what Strauss seems to have hinted at in his Twitter rants, had been angry at the casinos for his losses, and possible even also at his fellow gamblers.

Strauss, before his latest antics, managed to accumulate 5 career Poker cashes and made a bit of a name for himself on the circuit for his prowess. Last month he finished 122nd in the WSOP $5,000 No Limit Hold’em 6 Handed event, a performance that saw him win his best result yet at $7,402 in prize money.

The WSOP has been a right circus lately, but Strauss has on all counts outperformed just about everyone and for all the wrong reasons.

Play Poker online, anytime, anywhere. Get in on the ACTION and WIN!