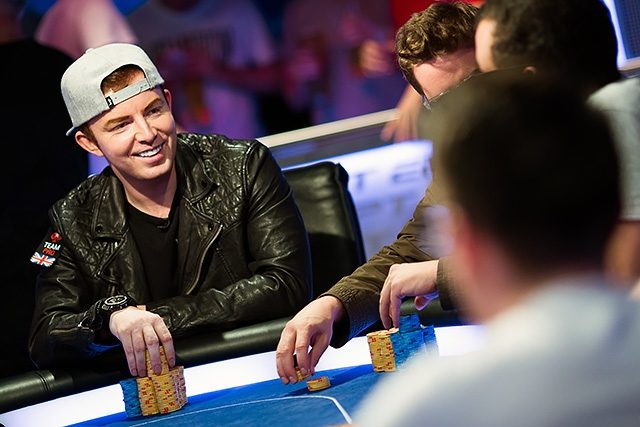 Despite the fact that nobody has made any move to confirm or challenge the rumour, it certainly appears as if the youngest ever winner of the Triple Crown is no longer affiliated with PokerStars. Jake Cody certainly was regarded as one of Poker’s golden boys and this is in all likelihood what had prompted the operator to draw Cody into its fold nearly six and a half years ago.

It was with great pomp and ado that Cody was first welcomed to the family, complete with champion Daniel Negreanu doing the honours of whacking onto the youngster’s attire the iconic PokerStars brand patch. But now, a mere six years and a couple of months down the line, it would appear as if either the operator’s loyalty isn’t worthy of its motorcycle-club-style patch, or, and this is more likely, Cody had managed to worm his way out of its good books.

When Cody first joined PokerStars, it was fresh off of a stint with the now-discredited PKR. But, if bad blood is indeed the cause of the divorce, neither party has even hinted it at, which is uncommon in its own right.

Cody has been quite emotional in his description of his time of association with the operator. He recently took to social media to express his gratitude at the many doors of opportunity that his association with PokerStars had been the cause of having been opened to him. But, according to some, the young player has been spreading the love just a little bit too generously for complete comfort, and the probability of an entirely different side to the story being present is quite high.

Out With The Old, In With Siddiqui

Whether purely co-incidental or not, it’s interesting to note that young Cody’s departure has happened around the same time as an entire trio of PokerStars ambassadors’ big exit. But speculation aside, the grass has not quite yet had the chance to grow over the flattening left by Cody’s feet, and his remuneration has already been re-allocated to another.

Bollywood star Nawwazuddin Siddiqui, formerly also having worked as a chemist, has stepped in to take over the reins and will going forward, be promoting the brand on the IM platform. Siddiqui, still very new to the politics of the game, recently raved about what an honour it was to be associated with PokerStars India.

It will be interesting to see whether the chemistry major is capable of chemistry of another kind altogether.