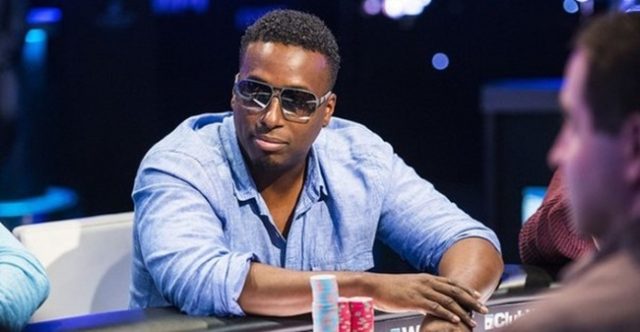 Poker-pro and record 13-time WSOP gold ring winner Maurice Hawkins isn’t quite as fond of paying his dues as what he is of raking in the money. At least not if what Poker backer and restaurant man Randy Garcia recently posted on Twitter turns out to be true.

Garcia called out Hawkins as being a deceiver and on the penultimate day of the 2019 WSOP tournament took to social media to warn others not to step into the same trap as he. Garcia tweeted that for 2 years he had remained silent on the issue of Hawkins’ refusal to pay up after Garcia had backed a stake to tune of $103,000 on the Poker-pro. According to the restaurateur’s post, Hawkins has only ever delivered as much as admonishing Garcia to “stay patient”, supposedly in lieu of the settlement of the funds owed to Garcia.

Garcia said in his tweet that he had decided to reveal the Poker-pro for who he really is because Hawkins was no longer deserving of Garcia’s respect or his silent discretion. The aggrieved restaurateur also pointed out that Hawkins had had ample opportunity to pay the money due and owing to him, especially since he hasn’t exactly been lacking for winnings.

Hawkins Has A Reputation

This is not the first time under the public looking glass for the player. Hawkins has as reputation for being outspoken and often inappropriately so. Garcia apparently met the Poker-pro for the first time back in 2017. Garcia had at the time been eager to back another player instead of he himself playing in person. He recalls having been very busy at the time but still wanting to be involved in the Poker scene in some way.

He was looking to back someone, and Hawkins was looking to be backed. He had at the time started out by backing at least 50% of the player’s entire bankroll. This was during March 2017. At first it had worked out really well, recalls Garcia, but then mere months later in May, things started to go bottoms-up.

That May, Hawkins managed to secure third place in a WSOP Circuit event. This, after he had entered on a chip lead. Be that as it may, 3rd place wasn’t bad by any measure. But Hawkins proved untrustworthy when the following day he notified Garcia that he had lost their entire bankroll playing Blackjack. His excuse was that he had been alone in a casino and feeling depressed.

Everything pretty much snowballed from there on out, recalls Garcia. He eventually terminated the deal with Hawkins and Hawkins proceeded to promise to square up with Garcia, which of course hasn’t happened. Garcia has confirmed that he has now commenced with legal proceedings against Hawkins in an attempt to recover the money owed to him.

Try YOUR hand at online Poker. See if YOU can play YOUR cards right.