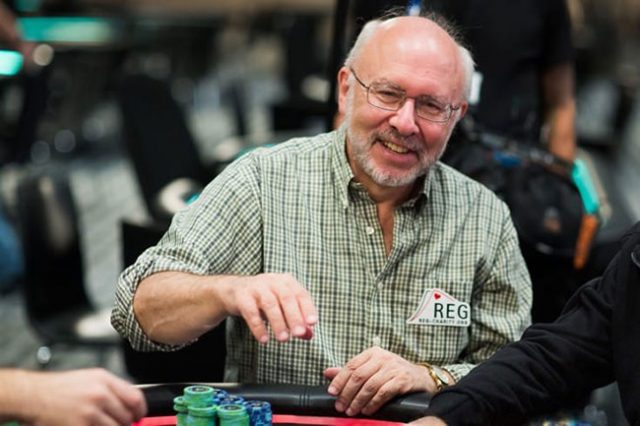 Over in Halifax there is a Buddhist poker player who is renowned for his generosity. The man in question wins quite often, and when he does, he gives his winnings away to worthy charities every time.

Of course, it came as a pleasant surprise then when Scott Wellenbach managed to scoop an amazing $671,240 by coming third in the recent PokerStars Caribbean Adventure main event in the Bahamas. As usual, Wellenbach is planning to give all of that cash to charity – save for the $500 he paid to enter the tourney online.

As Wellenbach entered the final moments of the main event with a third place lead, commentators took to calling the 67-year-old Canadian player the ‘pride of Nova Scotia’ and ‘the people’s hero’.

Winnings All Donated to Charity

Speaking about his win to PokerStars during the event, the player noted that his victory was something of a bittersweet feeling at the time. He ended up losing his last hand to David ‘Chino’ Rheem, who then went on to win. However, Wellenbach doesn’t feel any bitterness towards the top winner. In fact, he feels that he was very fortunate, saying that the poker gods must have been smiling his way.

Regardless of whether he came in first place or tenth, his promise to donate all of his winnings to charity still stood strong. In the past, Wellenbach has donated his cash winnings to Doctors Without Borders and Oxfam, two charities that aim to provide free universal healthcare and alleviate worldwide poverty, respectively. Even if he came fifth, however, he would have been guaranteed at least $396,880 to donate to his cause of choice.

One of his long-time companions and regular poker buddies from Halifax, Jason Dean Ross, was reportedly rooting for his friend from the sidelines too. Ross was hoping that Wellenbach would win the incredible top prize of US$1.6 million, and told CTVNews that he is a ‘super nice guy’ who genuinely loves the game and the action it brings.

It should be noted that charitable gestures are nothing new for this table pro. After coming in at 17th place in the Barcelona European Poker Tour back in 2017, Wellenbach donated every cent of his $72,000 in winnings to a number of Buddhist monasteries and nunneries in Tibet and Nepal.

Then, during Christmas, the People’s Hero donated a hefty sum to a charitable bingo tournament that his friend Jason Ross had organized to raise funds for people with mental illnesses and special needs. According to Ross, Wellenbach’s Buddhist beliefs are a huge part of his giving nature, and that he never lives beyond his means when there are people in the world that need help.