Gus Hansen Heads Back to Vegas 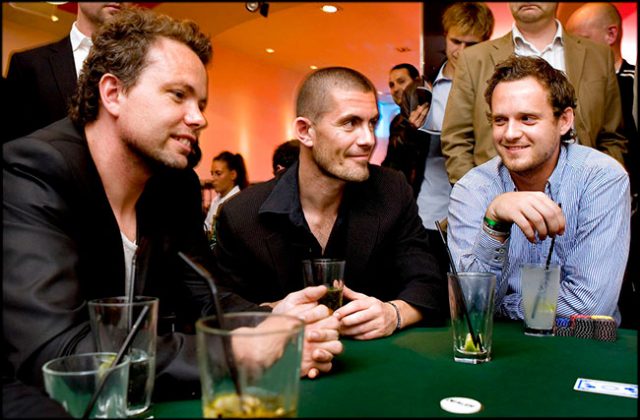 Gustav “Gus” Hansen let everyone know he was on his way back to Las Vegas in a series of posts on Instagram, his favorite social media platform. Having spent the last month or so relaxing after what can only be described as an incredible summer of gaming, he seems to be ready for his next round of action.

The Hansen juggernaut was in Las Vegas all summer long, starting from his arrival on May 28. Mostly, he stuck to posting pictures of his high-stakes games, but he did add a few of him doing some serious partying.

In one image, he is dancing with two women who are taking his shirt off, and a video clip shows him enjoying the action at a Craps table. But while he gave himself time off, he was also definitely there to work. In the space of 70 days, he clocked 652 hours of play – averaging over 9 hours a day.

Hansen’s favorite stomping ground has long been Bobby’s Room, in the Bellagio on the Las Vegas Strip. When the hotel-convention-center-casino complex opened in 1998, it set new standards of luxury in every way. This included everything from the dancing fountains to the rooms themselves.

Owner Steve Wynn felt that the highest-rolling players should have a dedicated playing arena. Slightly elevated from the main Poker Room floor, it was designed by Poker Hall of Fame inductee Bobby Baldwin, who had won 4 World Series of Poker bracelets by 1979.

The enclave is named after Baldwin, and is decorated with stylish chandelier, portraits of several famous Poker stars, and an original LeRoy Nieman painting. The minimum buy-in of US$20,000 ensures that only elite players sit at the tables, and a host at the gorgeous stained-glass doors controls entrances and exits for even more exclusivity.

You’re likely to see high-profile Poker celebrities coming and going whenever you are at the Bellagio; many of Hansen’s summer 2018 Instagram pictures feature Jason Mercier, Daniel Negreanu, and others.

Today there are other high-stakes Poker arenas in Las Vegas, but Bobby’s Room will always have the distinction of being the first. Among pros it is nicknamed The Office, and US$100,000 buy-ins are often seen.

These buy-ins are used on cash tournaments that have evolved to be collectively known as The Big Game, and are a favorite of Hansen. He capped his summer with Big Game in which he walked away with $1 million. Fans are eagerly watching to see what his fall trip to Vegas will bring.

Ready to play Vegas-style?
Enjoy the THRILL of Poker online!