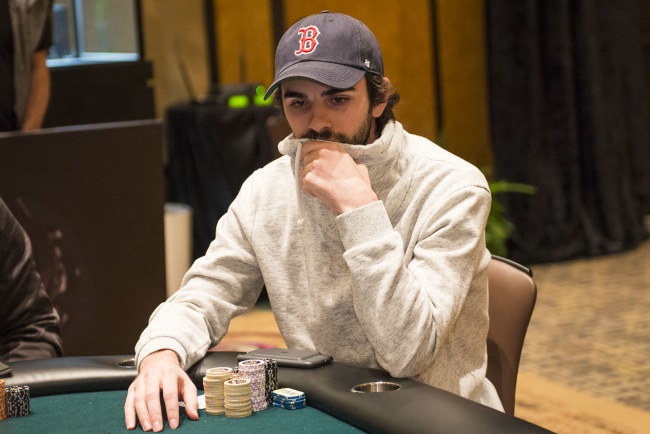 Griffin Paul is a legend. The type of legend capable of achieving the impossible by winning both a WPT Main Event, and a WPT500 Main Event. A piece of masterly trickery incidentally only ever achieved once before in the history of the WPT and by Craig Varnell. Paul experienced a particularly good week on the Poker scene when he all but blasted his way past a field comprising of 2,309 other hopefuls to grab hold of the coveted WPT500 trophy. He also managed to walk away with a fantastic $174,850 in 1st place prize money.

But what makes Paul’s victory to be exceptionally remarkable is the fact that at the time of having won the WPT500 event, he had already won a WPT Main Event. This stunning duo of performances pretty much couples his name to list of record performances to have gone down in the history of Poker.

Paul entered into the pages of WPT history by beating Poker-pro Bradley Hinson to the victory post. Quite ironically, it was Hinson who had started out in the lead at the final table. Paul will no doubt have wanted a better and more favourable get-go, but it all turned out pretty remarkably in his favour by the time the night was out.

It was without a doubt quite stressful to Paul that Hinson’s lead lasted right up until the final 5 were seated in their respective hot seats. It was only then that Paul managed to show the colour of his makings. He first up managed to oust Huy Lam and his set of pocket queens, what with those having been no match for Paul’s own flopping of a set of threes.

He Finished Them All Off

Next up, it was time for a standoff with Tim Tang, and one that very nearly ended up in disaster for Paul. But of course, it didn’t, and Paul lived to see another hand. Hoang Le was next up to fall against Paul Griffin, which ultimately led to the precarious heads-up with Bradley Hinson.

Paul was by this time well ahead of Hinson with his 2:1 lead. It didn’t take too much of an effort to mince the meat after that, which ultimately led to extreme bragging rights, a WPT record performance, and Griffin Paul bagging the third-biggest money win of his Poker career.

Certainly not a bad ending to what Griffin Paul refers to as his very own Hollywood story.

Play Poker like a pro ONLINE. Choose stakes that suit YOU!