Get Ready For The Lex Live Spring Festival 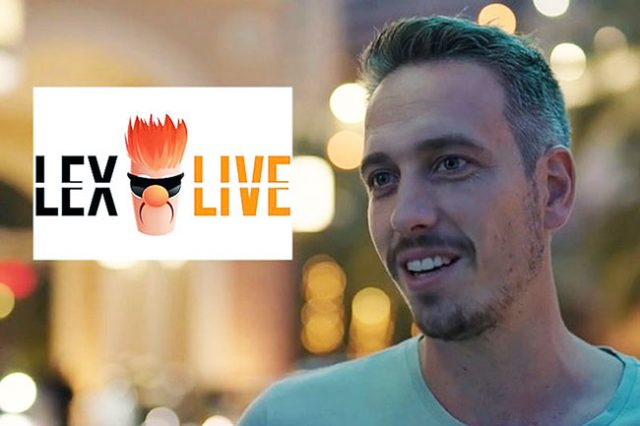 Twitch Pro-Poker celebrity Lex Veldhuis is about to offer his fans the opportunity of taking him on in person in the live Poker arena. The Dutchman is throwing his very own party, dubbed the Lex Live Spring Festival, and the Team PokerStars pro-player will be live in action at Belgium’s Grand Casino de Namur between March the 27th and March the 31st.

The tournament will feature many exciting events, including a €550 High Roller event, turbos, hyper turbos, and the ultimate culmination of all of the festivities, the much anticipated €225 Main Event. €225 is all that it takes to get you into the running for the guaranteed €100,000 prize pool.

He’s All Shook Up

But nobody is quite as excited about the tournament as Veldhuis himself. The popular player has said that he suspects that players will be surprised at the sheer size of the tournament, and that its very exciting to be able to meet all of his live-stream followers in the flesh.

Veldhuis said that there had been talk of having a meet-up where everyone following Veldhuis on Twitch would be able to get together, meet in person, and hang out together. This has happened sooner than expected, and the Dutchman is very excited that talk has become reality. He pointed out that personal contact added a whole new element to the networking and relationship possibilities.

And then of course there’s the mere fact that everyone loves a great party! All the more exciting when that party is a live Poker party. Especially so when you’re a fan just dying to meet your hero; perhaps even have the opportunity of playing cards with him.

READ MORE: No More Staples And Gross For PokerStars

But the social elements aside, Veldhuis has said that he did not believe that the festival would take anything away from the actual community feel of the series. The initial idea for the festival was that there would be Poker as well as other unrelated fun activities. This ensures a good time for all, and the idea was first suggested as such by the PokerStars network.

But that having been said, despite the many cool other activities, the event will still be about Poker, and the general consensus is that people are going to be loving every minute of it.