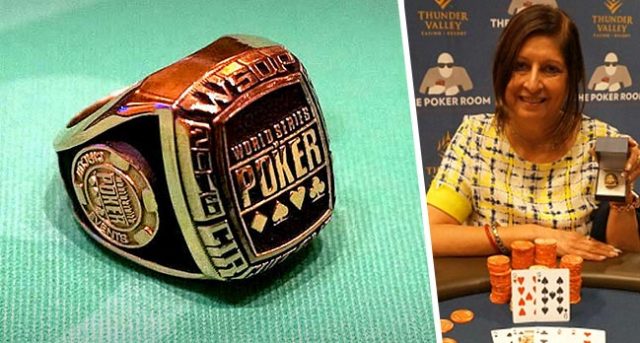 In the USA, Manju Gera has officially been named the latest winner of a WSOP-C gold ring. Earlier in the week, the professional grinder bested a large field in the $400 H.O.R.S.E tourney at Thunder Valley Casino Resort, claiming her first cash of the series and the coveted gilded ring – not to mention $8,303 in winnings!

While Gera has never before cashed in a WSOP Circuit tournament before her aforementioned win, it is important to note that she is a very experienced player nonetheless. Mixed games seem to be her specialty, and she definitely showed off her ample expertise to the field during the $400 H.O.R.S.E event.

The competitor played against countless seasoned poker notables; including Vince Burgio, Howard Andrew, David Diiorio, and defending champ Steve Lustig. The latter player in fact won the H.O.R.S.E golden ring at the exact same hosting casino last winter, and was seeking to claim his second one in this year’s edition.

Gera may not have appeared in the WSOP-C series as often as some of her biggest competitors at Thunder Valley, but she has definitely accumulated plenty of experience over her years of play by attending and cashing in mixed-games tourneys. She has mostly played at Nevada and California-based gaming venues.

The $400 buy-in event attracted 74 entries in total, and, as mentioned before, there were many notables in this year’s field. The tournament took place over the course of a single day, with its prize pool of $24,420 eventually being split among the top eight finishers. Lowest cashes kicked off from $976.

Gera had a fantastic run at the hosting venue, admitting that the cards were often coming her way. In her post-win interview, the pro mentioned that she did not know very much about her competitors at the tables, also noting that her opponents may have thought that they could bluff a lot, considering that they were playing against a middle-aged woman.

With that said, Gera managed to identify many of those bluffs, and combined with the great cards going her way, she managed to take down her first ever WSOP tournament and claim the gold ring for herself. 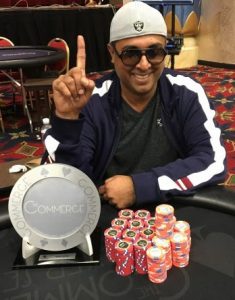 The player went into the nine-hand final table as the definite chip leader, holding a stack worth 240,000. She played spectacularly throughout the whole event, all the way down to her two-handed battle against Steve Lustig. Eventually, it was Lustig who had to settle for a second-place consolation prize, which was still worth an impressive $5,137.

It is also important to note here that a knack for poker runs in Gera’s family. She is the mother of industry professional Nikhil Gera, who has also won two WSOP-C golden rings on previous occasions.

Got what it takes to tackle the tables? Play poker at Royal Vegas!