Phil Galfond Down €500k At His Own Game 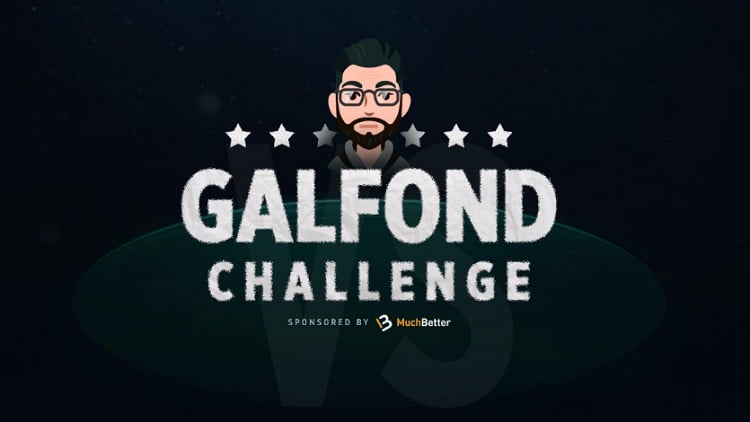 Some would argue that former Poker-pro Phil Galfond had better cut his losses and run, because given his current situation of being €500,000 out of pocket at a game organised by his truly, it’s too late to quit whilst he’s ahead. We’re referring of course to the Run It Once-founder’s heads-up Galfond Challenge, which was first announced by the high-stakes player some months ago, supposedly to re-attract interest in his high-stakes platform brand.

The player jamming his high-stakes magic down Galfond’s up-until-recently willing throat is high-stakes Poker-pro VeniVidi1993. The pair have been at it since January 22, and during this time, Galfond has only manage to catch a breather once. What with at least another 5 challenges already booked as part of his heads-up competition, the former-pro had better start spinning his pennies if he’s going to afford next month’s rent, let alone make any sort of a come-back. But then again, it’s generally true what they say about publicity and all that.

The Days That Mattered

Of the days in play against his worthy opponent, Galfond’s worst performance was without a doubt on Day 5 (January 27th). The fifth day of play saw the challenger a scorching €155,063.52 worse for the wear. This isn’t small change for anyone; not even for Phil Galfond. The enormous sum was forfeited by him over the course of a total of 726 hands played.

Day 2 was the only day Galfond seemed to be headed towards the up-and-up, when he pocketed €2,892.09 of his opponent’s money (read: small change). Day 6 managed to at least bring about some relief as at least on this day, he did not lose any money. Day 6 has been the only break-even day so far.

His Tenacity Is Encouraging

And breaking even appears to be just about the best that Phil Galfond could hope for at this stage; considering how it all panned out against VeniVidi1993 and with many more waiting in the lobby. Current play will continue until either player calls it a day (or 10!), alternatively, once 25,000 hands have been played. Whoever does manage to pull the wool over the eyes of his opponent will not only leave with the winnings in hand but will also get to bank a handsome side-bet (at €200k, Galfond contributed twice the amount of moolah than did his opponent).

In the event that Phil Galfond does manage to remain seated with a nickel in the bank, he will next up square it off with businessman and super-high-stakes player Bill Perkins and his rotating “Thirst Lounge” cast. As for his massive losses so far, he has supposedly said that he now views this as a study in handling adversity.

Up for a challenge? Play POKER online today.