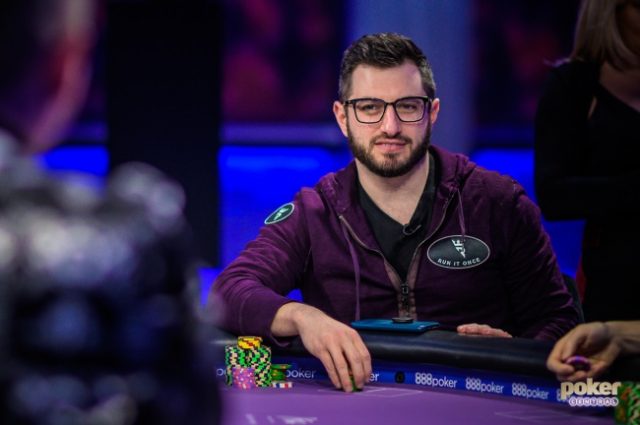 Three-time World Series of Poker champion Phil Galfond is stirring up some excitement with his first-ever Galfond Challenge. Nearly 7 years after the infamous and never-completed Durrrr Challenge, the legendary high-stakes cash game player invited opponents to go against him in a $100-$200 pot-limit Omaha heads-up match.

Now Galfond, who called himself a “washed-up ex-pro” when he issued the challenge, is set to face off against film producer, hedge fund manager and sometime high-stakes Poker player Bill Perkins or 1 of 10 streamers from Perkins’ Twitch channel.

The latest details of the inaugural Galfond Challenge, which is expected to take place in January 2020, were announced a few days ago on Twitter. Now fellow PLO player and coach JNandez, as Fernando Habeggar is known, has also stepped up. With 2 challengers locked down, the event is definitely starting to take shape.

Perkins’ Twitch channel is called The Thirst Lounge, and the 10 streamers involved in the Galfond Challenge are known as The Thirst Lounge 10. This dream team was assembled at the beginning of 2019 and though it was not created specifically for Gafond’s event, to many insiders it might as well have been. Kelly Minkin, Ebony Kennedy and Jon Pardy, winner of Big Brother Canada Season 2, as well as Survivor Season 33 victor Adam Klein, are all included in the group of 10 players.

The match will be held on Run It Once Poker, Galfond’s own site which was also launched earlier in 2019. Named after his own training site, it’s the perfect platform for him to showcase his playing abilities and his training services. The bracelet winner will battle against the Thirst Lounge 10 and Perkins himself until 1 side has lost $400,000 or 50 hands have been played, whichever comes first.

Just as with the Durrrr Challenge, the real money in the upcoming event is in its side bets. Galfond is laying Perkins and company 4:1 on $200,000. That means that if Galfond’s opponents win even $1 from him, he’ll have to pay another $800,000.

If the WSOP bracelet winner loses the match’s maximum, he’ll be out by $1.2 million. He is still in the process of finalising other matches for the Challenge, and offering 5:1 on a side bet of “200,000 for any non-Run It Once coaches. This is where JNandez comes in, and where other interesting trainers may be tempted. Worldwide Poker fans are watching developments with interest.