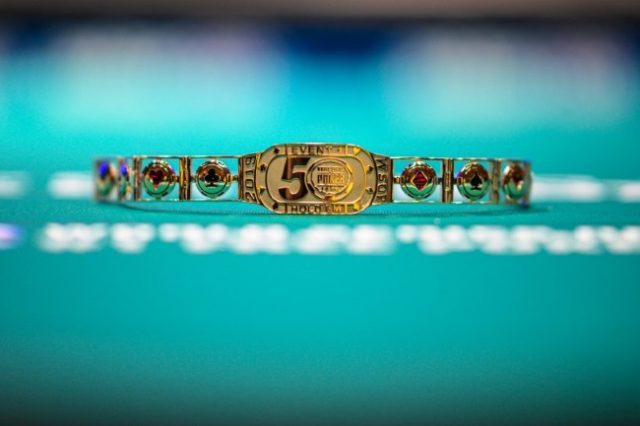 Overwhelmed, humbled, excited and grateful. Those are the words that Femi Fashakin used to describe how he was feeling after winning the largest-ever live Poker tournament on 8 June 2019. The Big 50 event was played at this year’s World Series of Poker, to celebrate its 50th anniversary.

How the Action Went Down

Daniel Ghobrial went all in on the very first hand, even though his stack was shortest. Fashakin called him and held up the same Ace-King hand, and the pot was chopped accordingly. However, shortly after Ghobrial did find a double-up against Walter Atwood. Adrian Curry, with the second-shortest starting stack, was the first tablemate eliminated.

Eight hands later Ghobrial was finally out, and was followed by Atwood. Nick Chow and Fashakin took turns being chip lead for the 2 and a half hours of 4-handed play that ensued. Chow was finally chopped just after the third break of the day, and then Rafi Elharar was eliminated amid loud cries of comfort from his supporters. The final round was between Paul Cullen and Fashakin. In the heads-up play, Cullen 3-bet shoved his 10 big blinds with Queen-Jack. Fashakin called him, and showed the rockets that won him the game.

Fashakin Had a Winning Mindset

Before his incredible win, Fashakin had almost $60,000 in cash. He defeated Pale Cullen heads-up to claim the title, and walk away with a life-changing sum of money. The delighted new champion said he hadn’t really planned a celebration because he wasn’t sure he would win in the days leading up to to the final. However he added that he also “had a feeling” and described visualising the bracelet. That mental edge might well be what ultimately clinched his win.

Are YOU a WINNER? Play Poker at Canada’s BEST sites and find out!