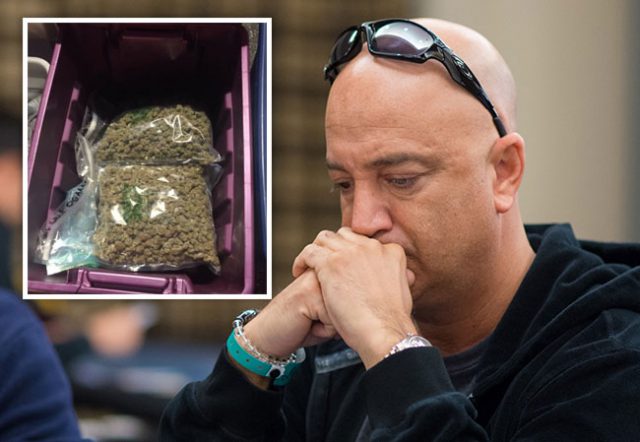 Former poker whiz and CEO and President of Miral Records Micah Raskin has pleaded guilty to charges of drug possession over in Baltimore, US. He is now facing at least five years in prison for his transgressions.

While most people use kitchen scales to weigh flour and sugar, Raskin was using his for a somewhat more alternative purpose: weighing marijuana. Late last week, the 50 year old hailing from New York admitted guilt to charges of conspiracy to distribute cannabis at the US District Court in Baltimore.

Police apprehended and arrested the player back in October after his name came up in an investigation of a formidable Baltimore drug gang. After searching his home, the cops discovered 10 pounds of marijuana, a taser, a loaded gun, $140,000 in bills, and a few other incriminating items. They then delved into his storage locker and found a whopping 350 additional pounds of weed, which has a street value of over $500,000.

Raskin opted not to be interviewed by the press members waiting for him after his hearing. His counsel, David Cohen, told all in attendance that the former poker player will be ‘taking responsibility for his actions’. Unfortunately, in his case that means a minimum of five years behind bars.

The cops’ investigation revealed how the card game aficionado collected the marijuana from a grower in California before creating his own Post Office-style network of distribution that stretched between Baltimore, Virginia, and Washington DC.

Authorities believe that Raskin distributed as much as hundreds of pounds of pot and ‘dab’, the street name for wax infused with extracted THC, during his pursuit. When he was arrested, the police also confiscated a 2016 Chevrolet Corvette, an SUV, and numerous pieces of valuable art.

As mentioned above, Raskin is the President and CEO of Miral Records, a record label that has his family band The Raskins among its many recording musicians. He has also won nearly $2 million in live poker tournament cashes over the years, including six live tourneys such as a $1,650 buy-in event at the Borgata. The player managed to beat 921 other competitors to a top prize of $320,231.

The police placed a wiretap on the accused’s cellphone and recorded hundreds of messages and calls before stopping the operation and placing him under arrest. They have now released him under supervision until sentencing starts in June this year.