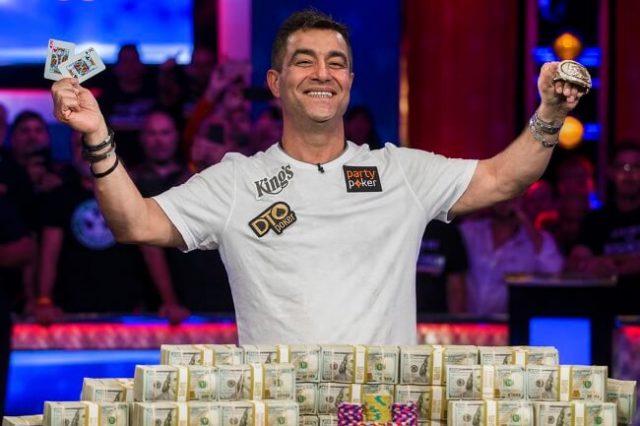 Germany’s Hossein Ensan is a man not only artistically versed in the faculty of calling the bluff but also of embodying the bluff in such a way that he is regarded as being an altogether unreadable force to contend with. A combination of special traits quite necessary when one is gunning for a $10 million World Series of Poker championship win.

Ensan on a Wednesday morning in July become only the second German Poker champ and over the course of 10 gruelling championship tournament days beat all of Poker’s best in order to finally make his way over to a seat at the final table and a heads-up with Italian Poker-pro Dario Sammartino. The latter turned out to be no match against the genius foolery of Ensan and 101 hands of heads-up play finally drew the tournament to a spectacular close at the ghostly hour of 1:23 in the morning.

Raking In The Records

Ensan is now only the second German ever to have walked away with a championship win. The first to have achieved this accomplishment was Pius Heinz, who did so in 2011. What’s more, despite being a German national, Ensan was born and bred in Iran. The win makes of Ensan only the third Iranian native to walk away a WSOP Poker king of kings. He was beat to this particular post by players Mansour Matloubi (1990) and Hamid Dastmalchi (1992).

But these are not the only records now officially held by Ensan. At 55 years of age he is now officially the oldest WSOP champion since 1999. Also, he is the first player to have won thanks to pocket Kings.

Ensan described winning the main event as the happiest moment and the absolute best feeling of his life. With that having been said, winning the WSOP bracelet is without a doubt the highlight of the German’s career so far.

Are YOU a winner? Play Poker online and find out TODAY!