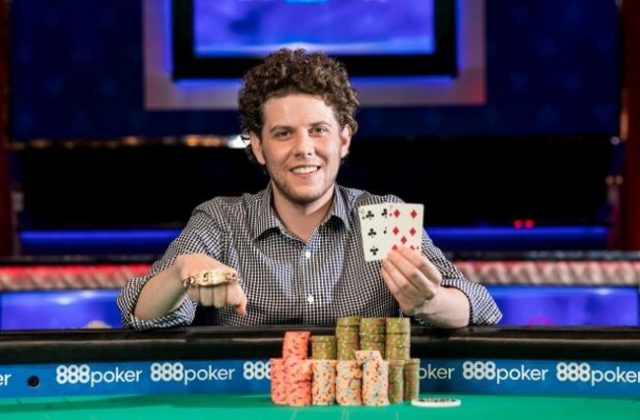 There’s something to be said for persistence. Just ask long-time grinder Ari Engel. Engel, originally from Canada, has over the course of his 15-year pro-Poker career managed to win 9 gold rings, but this is the very first time ever that he’s managed to play is way all the way through a to a World Series of Poker bracelet.

The gold bracelet magic finally happened for Engel at the $2,500 NLHE event. He also walked away with $427,399 in first-place prize money, and was no doubt happy to add that to his career live tournament prize money, which now officially stands at a humungous $6.6 million.

Engel’s advice to other players? Never give up and keep on expecting the best, even when you often mess things up.

Not His First Big Win By Far

Despite there never before having been a bracelet in the bag, there have been other big wins on Engel’s journey to the top. In 2016, the pro-Poker grinder won the Aussie Millions main event, affording him the opportunity to bag prize money to the tune of $1,12 million.

Engel’s bracelet and prize money was thanks to his having beaten a field of 995 other entrants. The total prize pool came to $2,241,000, of which Engel had managed to bag a grand chunk. Engel is originally from Canada but spent time in South Africa, New York, Israel, Australia and Chicago before taking life by the horns as a determined career grinder.

Playing With The Legends

The final table was made up of a Poker-star-studded cast of players. Bracelet winners Josh Arieh (9), David Baker (5) and Ben Keeline (4) were all present and were joined by some other big names in the Poker world. Some of the other players to have made it into the final golden group are James Caroll (26), Bryan Piccioli (28) and Brock Parker (29).

As an additional special prize treat; and one that players often look forward to more than the bracelets and the riches; is a total of 1,368 Card Player Player of the Year points. Card Player points are the stuff that Olympic-style fame is made of in the world of Poker. Thanks to his first-place finish and his Card Player points, Engel is now ranked in 10th overall position in the world.