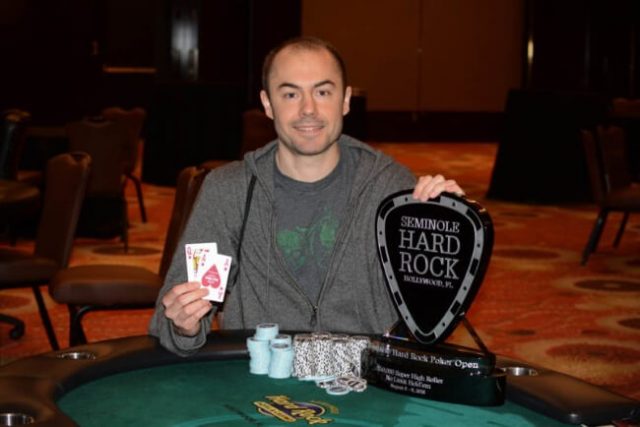 As alluded to earlier, this is Elio Fox’s second win of this particular high-roller event. During the 2018 instalment of the tournament he won the very same event and that time round, left with $500,000 in first-place winnings.

Fox said after the win that the best thing about winning a major tournament was that it paved the way for more wins and made consecutive wins just so much more easy. It’s a confidence builder, that’s for sure, walking away with $440,000 in cash winnings, after having beat what could just as well have been the shortlist for the Global Poker Awards. In fact it was none other than 2018 Global Poker Awards Breakout Player of the Year Ali Imsirovic who finished in fourth position.

Fox also said that part of the fun was playing with the group of guys with whom he did, as he played with them quite often. He also said that it had not been an easy tournament to win and that he had been given a run for his money on more than one occasion.

That’s what one would expect from the group against whom Fox had been required to pit his magic, really.

Prop Bet Master Did His Thing

But that wasn’t the only action to have gone down in the lead up to the weekend’s events. Prop bet prodigy Rich Alati won the showdown’s event #9. Alati attracted quite a bit of attention when he won a prop bet against Rory Young towards the end of last year. According to the terms of the bet, the victor would be the man able to sit it out for the longest in a soundproof, blacked out bathroom. Alati won after having stuck it out for a total of 20 days, when Young had decided that he had had enough of solitary confinement to last him a lifetime.

Got what it takes to have the WINNING HAND? Play Poker online TODAY.