Lots of Excitement at the Edmonton Poker Classic 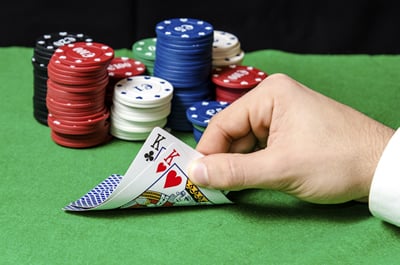 The Edmonton Poker Classic has concluded with lots of great Canadian poker excitement and lots of great events culminating in the Main Event won by Steven Worr. It all took place at the beautiful Casino Edmonton on Argyll Road.

The Edmonton Poker Classic opened with the $165 no-limit hold'em turbo tournament. This is a fast-action tournament played at a turbo-charged pace with speedy 12-minute blinds. One hundred and thirty players participated, and the first-place prize of $4,860 was won by a home-towner, Edmonton native Ron Lauzon.

Next there was a bounty tournament. This is a type of poker tournament in which you receive a prize — a bounty — for eliminating another player from the tournament. This particular bounty tournament had a $550 buy-in with $100 per knockout. The first-place prize was $9,520 and it was won by Melanie Leigh of Edmonton, another hometown hero (or heroine) and one of the top female poker players in Canada today.

Then came the $660 no-limit hold'em tournament with 97 players. First place, worth $16,950, was won by Scott Saik of Winnipeg. Second place went to Sheraz Nasir of Edmonton, famous as the winner of the2015 WPT Canadian Spring Championship, and Gregory Sieben came in third. Ron Lauzon, who had already won the turbo tournament, took eighth place in this one and won an additional $1,850.

Finally, there was The Main Event, a three-day No Limit Hold'em Tournament with a $1,100 buy-in and 272 players. The chip leaders at the end of Day Two were Francis Fan of Edmonton, Josh Wallace of Calgary, and fellow Canadian Chris MacPherson. But on the final day, Fan was eliminated before the final table was reached, Wallace finished in ninth place, and MacPherson finished in fifth.

After MacPherson was eliminated in fifth place, Brandon Lang went out in fourth and then Kris Steinbach of the Edmonton suburb of Sherwood Park in third place with a $31,200 prize. And that left a heads-up match between Steven Worr of Calgary and Samuel Ngai of Edmonton. The chip lead started with Ngai but went back and forth numerous times during this exciting head-to-head match-up. Finally, on the final hand, both players went all in before the flop. Worr's ace-jack held up against Ngai's king high, giving Worr $65,000 for first place and Ngai $40,000 for second. And that was the end of a fantastic and highly successful Edmonton Poker Classic of 2015.