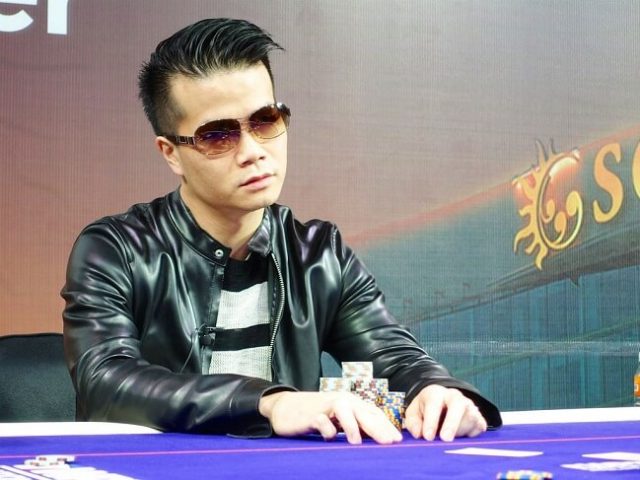 A recent battle consisting of 45 players, of which 24 were re-entries, culminated in the ultimate Poker showdown when Hong Kong’s Devan Tang went head to head with Canadian Poker champ Peter Jetten. Unfortunately the chips did not fall in favour of team Canada this time round, and Devan Tang secured the title win and the $1,239,759 (HK$9,730,000) in first place prize money offered by the #2 event in the HK$500,000 NLH Short Deck Ante Only. The glamorous Landing Casino in South Korea hosted the event.

Tang, rather predictably, spoke briefly to the media after his big win and said that he was exceptionally pleased with having won the final hand. Tang obviously held no pre-conceived ideas going into the tournament and said that it had all been a matter of pure and exceptional luck. He described the playing field as having been an extremely tough and challenging one, and said that when playing at this level, you have to bring nothing other than your A-game if any hope of reaching the final table is being harboured.

A Second Best For Tang

Thanks to the win, Tang now officially stands at the $6.2 million mark in terms of his lifetime Poker tournament earnings. This secures his spot as the number 2 position-holder on China’s all-time money list. Tang is now just behind first-place position holder Elton Tsang ($12,752,988).

By the time Day 2 of the HK$500,000 NLH Short Deck Ante Only had rolled around, 14 players remained in the running for the prize money. Of the 14, 6 of the players would ultimately end up leaving the tables empty-handed. Some big names featured among the unlucky 6, including Bryn Kennedy, John Juanda and ironically, the winner of Event #1, the affably charming Justin Bonomo.

Tang’s victory was largely hinged on the fact that he had been lucky enough to pick up pocket Aces no fewer than five times! Another lucky break on the road to victory occurred when he managed to bang it out with an inferior set of sixes thanks to top opponent Mikita Badziakouski’s having struck out due to a set of Queens.

But, as the old saying goes, one man’s loss is another man’s win and at the end of the day, fate had coloured the tournament very pretty indeed for Devan Tang.