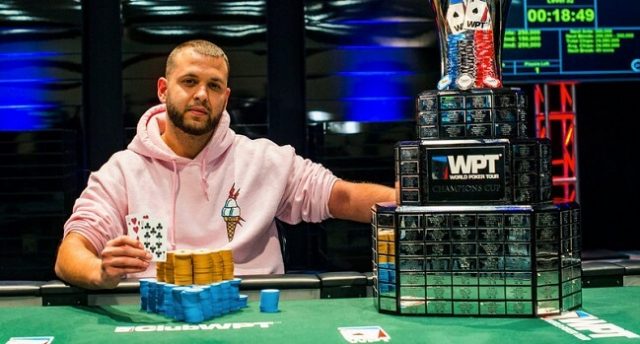 It’s not hard to imagine that for any Poker-pro, securing that first major live tournament title is a very special event indeed. Such is the good fortune that recently befell Demo Kiriopoulos when he won the World Poker Tour (WPT) Fallsview Poker Classic main event.

The Fallsview Casino Resort in Niagara Falls, Ontario hosted the event. What’s more, to Demo Kiriopolous, Fallsview is basically home turf, being literally in the Toronto player’s back yard.

Close But No Cigar – Until Now

Demo had on a couple of occasions come very close to winning a major tournament event, and it was starting to look very much like a case of always the bridesmaid but never quite the bride. He recently finished in 6th overall position at the Partypoker MILLIONS tournament that was hosted in Montreal. For his 6th place, he received winnings to the tune of CAD$400,000.

What’s more, and in a way even worse, is the fact that he got very close indeed to winning a World Series of Poker (WSOP) gold bracelet in 2017. He finished up in the runner-up position in the $1,500 6-Handed No Limit Hold’em event. The prize touched on CAD$250,000 but it was nothing compared to the honour of winning a gold bracelet, which he had ended up missing by a single position on the scorecards.

His latest win is however is biggest. During his career as a professional Poker player, the Torontonian had won a stellar sum of CAD$1,361,505 in total. Which is quite amazing considering that up until recently he had never placed in 1st position at a major tournament.

A Pocket Of Tens Had The Final Say

It wasn’t an easy tournament that ended up playing itself out at Fallsview. In fact, by the time Day 3 rolled around, there were 19 players remaining, and so the final table could not yet be set. Our champion had started out that particular day in 14th overall position and had a long ways to go in order to reach that coveted final table at the main event.

He must have realised that it was now a situation of do or die, as he soon managed to find all the right spots to strike and nooks and crannies to explore. Finally, our player ended up at the last table and seated across from Win Yeung.

But it wasn’t to be Win Yeung’s day; it was to be Demo’s moment in the Poker Sun. A final call on pocket tens sealed the deal as well as the tournament in our player’s favour.

Do YOU want to be a winner? Play Poker online and put your skills to the test!