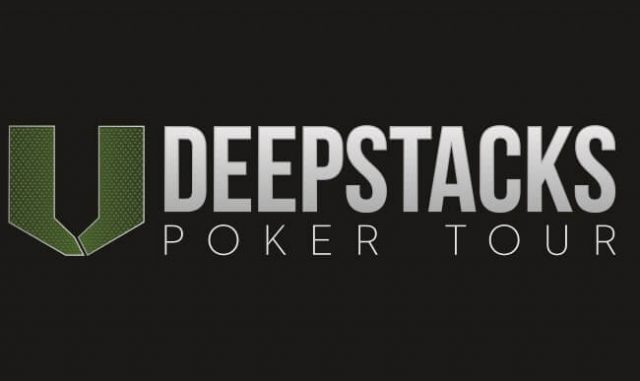 The DeepStacks Poker Tour Canadian Championship has officially kicked off at the Grey Eagle Resort & Casino. Its an exciting affair all round for everyone involved, not least of all as a result of the stunning $500,000 in guaranteed prize money. The tournament will run all the way through to December 2nd, culminating in the eventual premium live main event.

No-Limit Hold’em is the name of the game and players who want to save on the entry front are welcome to join in on the satellite events. The satellite event mandatory buy-in totals $220, which isn’t bad going considering the fact that the prize money up for grabs is bound to exceed $500,000 once the run-up to the main event has been reached. The first real-gaming event kicks off on November 22, and the expectation is that the action will burn hotter and hotter still not only this year, but also on the repeat, since the tournament organisers are fully commitment towards making it a thing that is here to stay.

Event #1 Day 1A comes at a cost of total buy-in of $550, which is yet again not bad going considering the guaranteed Day 1 prize money of a super cool $100,000 awarded to those who dominate the leader boards on the points system.

Day 1’s action kicks off at 12 p.m., with each player to have settled his or her buy-in scores with the event administrators receiving a stack consisting of 20,000 chips to do with as they please. And hopefully what pleases them is to win on the points and make a dice at progressing one step closer to the ultimate main event.

But that’s not all that there will be to look forward to on Day 1. Later on, on the day of November 22, players will be granted yet another opportunity to qualify for the Main Event, all thanks to a Satellite 2 run on the money.

Those who manage to survive the initial two flights will then congregate on November 23. And by the same token, those who make magic on the mentioned day, will progress onwards and into the official Day 2, to be played on November 24. Event #3 is expected to be a top crowd-pleaser. The buy-in will be $300 and again, 20,000 chips with which to make Poker magic. Pot-Limit Omaha will be the name of the game.

The action really escalates form here on out and it all eventually comes together in a massive blowout style ultimate finish at 12 p.m. on December the 2nd. The Final Table will have long separated the mice from the men (and women!), making this December a holiday season to really look forward to!