Daniel Negreanu Puts a Ring on It 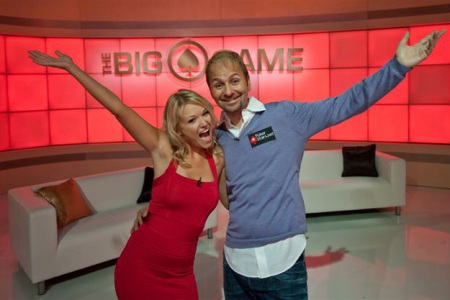 The gambling king revealed the news to his followers on Twitter on New Year’s Eve. He posted a picture of the couple’s engagement ring next to two glasses of bubbly, along with a simple caption that read, “She said yes.”

Negreanu, who originally hails from Toronto but now resides in the heart of Las Vegas, is a six-time World Series of Poker (WSOP) victor. He has also won the World Poker Tour twice in the span of his impressive career.

The player’s lifetime career winnings are estimated to be worth over $39.5 million, which he has been steadily earning since his first victory in the mid 1990s. He is the second-largest live tournament poker winner in the history of the game, and was even inducted in the legendary Poker Hall of Fame back in 2014.

Negreanu’s primary gaming location of choice has long been the Bellagio in Vegas, where the limits stand at a hefty $800 or more per play. Unlike many other champions in a similar league, the player has been very open about his successes, revealing that he reads his opponents by watching the hands they play and how well they play them to gain the upper hand.

A Spring Wedding On the Cards

Of course, the Canadian star’s love life has gained just as much attention as his career over the years. He has had a string of high-profile relationships over the years, including a stint with fellow pro poker player Evelyn Ng and a brief marriage that lead to a divorce in 2007.

Amanda Leatherman is a former player herself, and now reports and presents on the sport instead. Herself and Negreanu had dated for quite a few years, but eventually split up when she decided that she had had enough of the glitzy poker lifestyle and the many parties that attended it.

When she made her return to the game, it was not as a player, but as a host on live streaming platform Big Game. With her move back to Vegas, many of Negreanu’s fans harboured hopes that the two would get back together again – and these enthusiasts were undoubtedly thrilled when the news was unveiled on Twitter!

Negreanu has recently hinted that a spring wedding is in the works, and that the happy pair are already planning on starting a family together soon. Poker, it seems, might even take a back seat when the first heir to his gambling fortune arrives…

Could YOU be the next big Poker star? Play your cards right online!