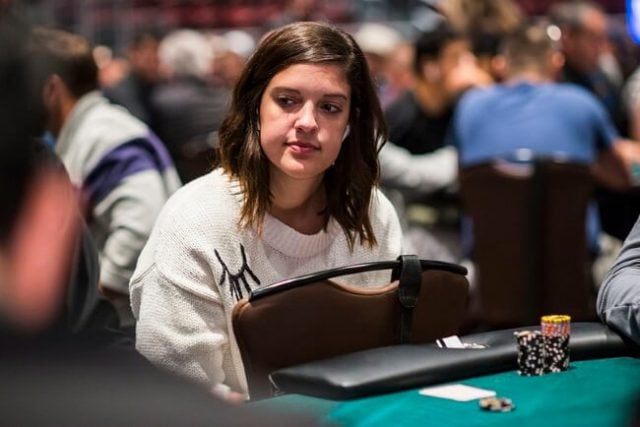 Social media celebrity Catherine “catrific” Valdes has expressed her deep dissatisfaction at the manner in which she was allegedly treated on the weekend by a World Series of Poker official at the World Series of Poker Bally’s Circuit in Las Vegas. According to Catherine’s version of the events, she had, quite by accident, landed up in the wrong tournament after having decided to try her hand at the No-Limit Hold’em $400 buy-in event. She had somehow ended up playing the $1,700 main event instead, and didn’t realise that anything was amiss until it was, as perceived by Catherine, way too late.

The social media star recalls having paid her buy-in fee and receiving twice the number of chips that she was supposed to. She remembered having noticed that she would be kitted out with 15,000 chips with which to play, but had received 30,000 instead. She recalls having asked someone whether she had received the correct number of chips and was told that she had indeed. According to Catherine, she then proceeded to her seat, reasoning to herself that she must have not understood correctly or been banged over by a typo or similar mistake.

Uncertainty As To What To Do

However, it the tournament wasn’t long for this world before Catherine allegedly realised that something was indeed very wrong. But by that time, she had already collected even more chips and had also busted a player on the way. She reasoned that by speaking up at that particular point, she would more likely than not topple the entire apple card, and so she decided to keep a low profile and keep on playing until her chips ran out.

Two hours had passed before tournament officials caught on to their mistake. Catherine recalls having been approached by an official named Michael, and says that when Michael discovered that she had suspected that she was in fact playing the wrong tournament quite by accident, it was chaos, mayhem and much unhappiness as a result of her not having spoken up.

What followed upset the social celeb and she alleges that she was treated in a rude and unacceptable manner.

Catherine was eventually addressed by higher-ranking officials and says that they did make an effort to treat her better than what the original Michael did. In Catherine’s opinion, if she had been a complete newbie, she would in all likelihood not have had the confidence to ever try to play in a WSOP event again.

Love playing Poker? Get access to the biggest and best games ONLINE!