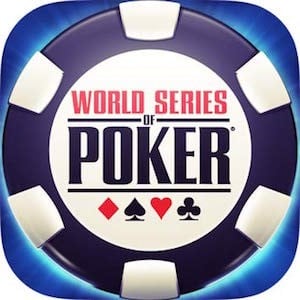 After an action-packed series of events, the 2018 iteration of the World Series of Poker (WSOP) came to an end in Las Vegas, Nevada last week. The ultimate first place title went to American poker professional Justin Bonomo this year, who managed to secure the $10 million top tournament prize in the $1 million buy-in game.

Bonomo’s win came as yet another victory for America’s poker players – but close on the US’s heels was Canada with a strong third place finish, which it shared with the UK. According to new WSOP statistics, Americans won around $187 million from this summer’s 78 bracelet events, around 70% of the record-smashing $266.8 million in prize money awarded at this year’s events.

Germany was the second-place holder at the end of the prestigious tournament, with its players bringing in $12.4 million in winnings. The European nation was followed closely by the UK and Canada, as mentioned above, both of which claimed around $8 million in prize cash for their efforts. France came fifth with $6.2 million in prizes.

Canada’s sterling efforts at WSOP 2018 were only slightly overshadowed by American participants, who won 54 of the 78 bracelets on offer this year. Germany and China tied for second place in terms of bracelets won, each taking home 3 wins. Americans also accounted for over 13,000 cashes of the 18,000 total across all of the poker events – again, sitting at 70% of the total.

WSOP organisers further revealed in a press release that the 2018 tournament attracted a record-breaking 123,865 participants, beating last year’s numbers of 120,995 by a mile and seeing year-on-year attendance rise by 2.3%. However, it’s important to note that there were 5 fewer events present in the 2017 iteration of the tournament.

Additionally, WSOP 2018 hosted players from 104 different nations in June, including Canada, the US, and a large number of European countries as well. While impressive in magnitude, this number did however fall from 111 participating countries last year.

In the World Series of Poker’s fascinating 49 years of history, American poker players have won a whopping 1,165 bracelets: about 77% of the total 1,496 bracelets awarded since the event was established. With that said, Canada has also performed exceptionally and continuously well over the years, holding the second place all-time record with 57 bracelet wins.

Likewise, Americans have claimed $2.5 billion in prize money in bracelet events, which sits at 71% of the total of $3.52 billion that has been paid out so far. Canada is again hot on their heels though, with a respectable lifetime winning pool of $189.8 million since Canucks first joined the historic ranks of WSOP.