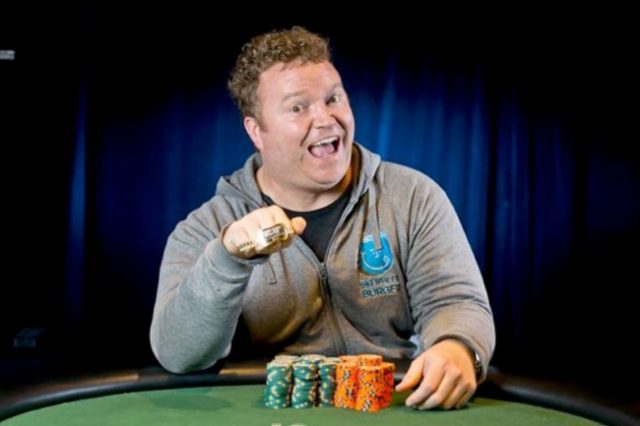 You can’t keep a good man down. Just ask Canadian Poker player and gold bracelet winner Calen “BigWheel” McNeil. McNeil’s story is an inspiring one; a story of what becomes possible when someone refuses to give up even in the face of the most difficult of challenges. McNeil, who also happens to own the restaurant chain Big Wheel Burger, has managed to book a live cash win ever year since 2006 and has won a total of $600,000 playing Poker tournaments. But Poker hasn’t always been a part of McNeil’s life. In fact, the story of how this came to be so is a very inspiring one indeed.

Before McNeil had ever even as much as learnt how to play Poker he enjoyed doing karate. So much so that he was selected as part of the British Columbian karate team. But at the age of 24, disaster struck quite unexpectedly when the player needed surgery to correct a ligament tear. The problem wasn’t as much the surgery as what it had been the aftercare because a negligent nurse had managed to administer to McNeil a Morphine and Ativan overdose.

McNeil’s body had obviously all but shut down from the shock of the overdose and the player soon after lapsed into a coma. Doctors had at the time feared for the worst since McNeil showed no signs of brain function for all of 5 days. They eventually had no choice but to declare the player brain-dead and the family was advised that at decision had to be made whether or not to keep McNeil alive with the help of a life support machine.

But McNeil’s body had other plans and the very next day, the player opened his eyes. He however soon discovered that he wasn’t at all able to move and was in fact fully paralysed.

Poker Was His Rehab

Two weeks later, however, the Poker man discovered that he could move his right thumb, and soon after, both hands. This was all the motivation that McNeil had needed at the time and he ended up at British Columbia’s Strong Rehabilitation Centre where he would spend the next three years before he was finally able to claim a full recovery.

One of the more challenging mountains that McNeil had to climb was the fact that the overdose had caused some damage to his brain. He soon discovered that he would have to turn to innovative measures if he was going to successfully re-establish his neuro-pathways. The solution appeared to be online Chess. And as these things so often tend to go, soon after that, another popular strategy game, online Poker. Poker proved to be just what the rehab-doctor had ordered and very soon, McNeil found himself competing at live tournaments too. In 2005, McNeil decided to enter a tournament at the Sahara in Las Vegas by splashing out with his last $80. He ended up winning $3,000 in that particular tournament, and according to McNeil, he discovered himself to be good and solidly hooked.

Today, McNeil is living proof that with dogged focus and determination, anything is possible.