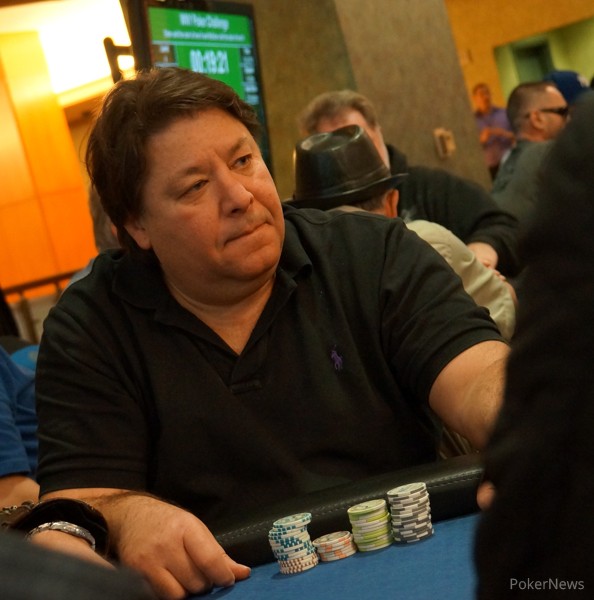 Day 1a of this year’s edition of the Seneca Fall Poker Classic (SFPC) $1,000 Main Event saw a relatively small turnout of just 21 entries. By the end of level 15, just three players remained in the running for the top spot.

The player to score the largest stack of chips out of the three remaining pros in the first flight of the Main Event was none other than Canada’s own Barry Kruger. Kruger found himself at the top of the leaderboard fairly early in the day, and continued to impress spectators as he accumulated 424,000 in chips.

The Toronto resident was on a steady climb to the top at the final table, with no significant setbacks standing in his way. He also effortlessly sent several other players back to the rail, including renowned Canadian grinder Jason James, who was eliminated in fifth place after coming face to face with Kruger’s rockets.

The other remaining two players that will be moving on in the tournament are circuit regular Alex Visbisky (with 166,000 in chips) and Canadian Nicola Stagliano (with 40,000 in chips). Visbisky grinded for most of the day, remaining patient and carefully choosing his intervals during which to play more aggressively. It was only when he had fewer than twenty big blinds left that he went all in, pitting his ten pair against Stagliano’s pair of jacks.

A lucky card then appeared on the river for Visbisky as another ace landed on the table, giving him the two pair he needed to get over the six-figure mark for the first time in the Seneca Fall Poker Classic of 2018.

By the end of day 1a, however, it was Kruger who ultimately reigned victorious with nearly four times the chips that runner-up Visbisky was holding. The Day 1a flight contributed a total of $19,110 into the prize pool, and from there, fans were able to look out for the next Day 1s to exceed the $200,000 guarantee and produce yet another fantastic first place win for the tournament.

The Day 1b flight kicked off at 11am on Friday, November 16, allowing all players to join in – including those who were eliminated on Day 1a, along with those who were interested in trying for an even larger stack result. More updates on the Seneca Niagara Fall Poker Classic Main Event of 2018 will follow soon!

Could YOU be a winner? Play Poker online and find out NOW!