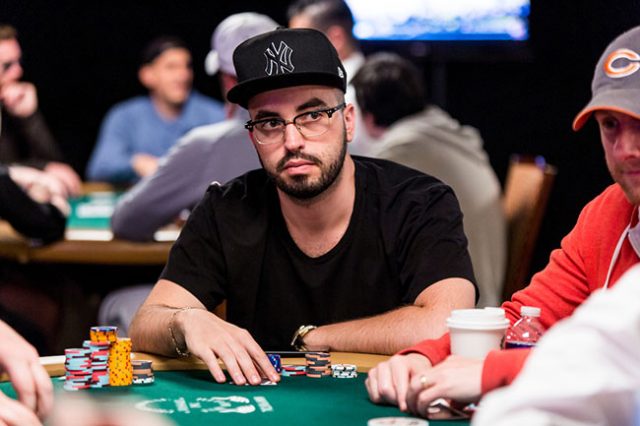 If anything, 2019 is shaping up to be an incredible year for pro-Poker; and that’s no secret! Just ask anyone who followed the proceedings at the 2019 USPO Event #7 $25k final table. Well, that’s if anyone had had the time to settle in for the final table, that is. What are we on about, you may be asking right about now? Well, just the fact that Bryn Kenney has managed to steam-roll the final table in a matter of exactly one hour; solemnly sworn to by the clock!

The win marks Kenney’s very first official USPO title, and the $450,000 prize money most definitely would have served to sweeten the deal. This is the second event in the tournament in which the pro-player has won some serious cold hard cash; with the previous time round having been in Event #1, when he secured the 10th place position and $27,000 in prize money.

As far as the overall points rankings go for USPO 2019, our star is now in 4th overall points position. He trails Stephen Chidwick, Sean Winter and Cary Katz. 3 final events remain on the circuit yet, and it’s going to be interesting to see just how much of a run for their money Kenney will spark in his three worthy opponents.

The pro player was very excited when speaking to members of the press after the event. He relates how 2018 had not been the best of years, and that he had been bargaining on 2019 to become another home run year; much to the tune of what he had managed to pull off in 2017.

The way things are shaping up now, with Kenney having won the Aussie Millions Main Event in January, and now a record-time victory at USPO, 2019 may very well end up outdoing 2017. But money matters aside, on a more personal level, he was quick to add that the highlight of winning a big event was no doubt the bragging rights! Being able to install a coveted trophy on the mantelpiece.

It was a right elimination fest at the event’s final table, with Kenney having ousted Nick Petrangelo thanks to a very well timed King-Eight. Not very long after Petrangelo’s exit, it was Nick Schulman taking the walk of shame after having been given the boot by Keith Tilston.

He also spared no regard for Tilston, and whipped him into submission by having held against an Ace-Jack call-off from the big blind. Six hands later, he had managed to finish off Jake Schindler too.

All in an hour’s work!

Ready to WIN? Play Poker online and see if you can take the pot!